The $17.1 million apartment would set a record for the city. 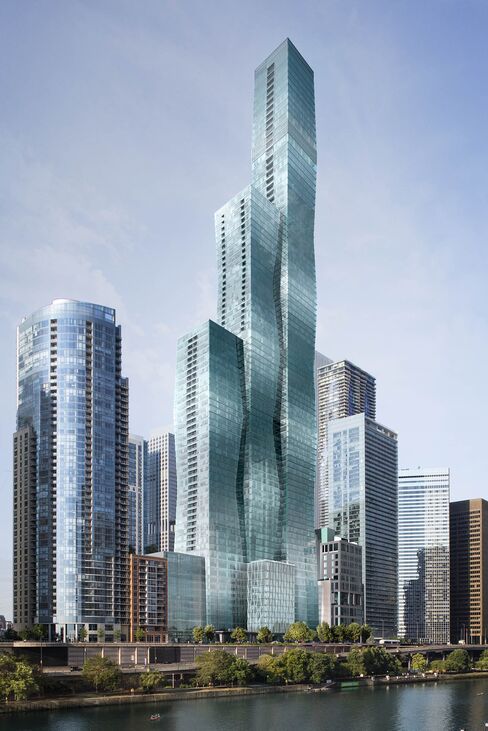 The Vista Tower's completion date is set at 2020

When the 95-story Vista Tower is completed in 2020, it will be the third-tallest building in Chicago, and at its very top will be a 7,000-square-foot duplex penthouse, currently offered for $17.1 million. If it sells, the penthouse would just barely eke out an all-time record for Chicago’s most expensive residential real estate. (A penthouse on the 89th floor of the Trump Tower sold for $17 million in 2014, after its price was halved from the original listing price of $32 million.)
Given Chicago's current housing market, the penthouse's price tag might seem steep—the only comparably priced listing is a 12,000-square-foot Gold Coast mansion, according to Trulia. But consider that $17.1 million is just 0.05 percent of the personal net worth of Wang Jianlin, the building’s co-developer and, not coincidentally, Asia's richest person. 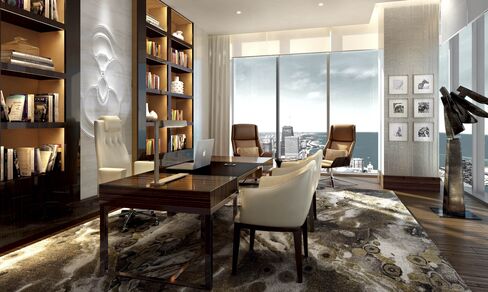 The library of the penthouse

Bloomberg Billionaires estimates Jianlin's net worth at $31.7 billion; his corporate conglomerate, Dalian Wanda, has been on a multiyear, global buying spree, sweeping up AMC Entertainment Holdings for $2.6 billion, the Hollywood production company Legendary Entertainment for $3.5 billion, even the organizer of the Ironman triathlons for $650 million. For the Vista Tower project, Dalian Wanda partnered with Chicago-based Magellan Development. 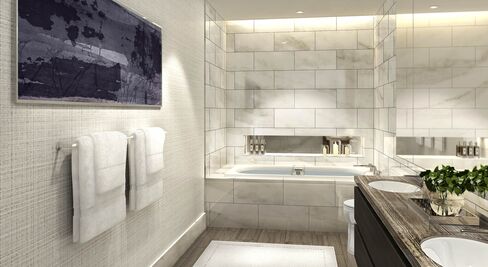 The master bathroom in an "Amethyst" unit on a lower floor in the building.

“There’s a lot of downtown luxury condos being filled by empty nesters who want to sell their big homes and get a lot of equity,” said Jim Losik, Magellan’s national marketing director. “When 2009 happened, that stopped, but now there’s a renewed interest.”

A proposed living room for the penthouse.

Situated in Chicago’s Lakeshore East neighborhood, the building is designed by the architect Jeanne Gang and will be nearly 1,200 feet tall. Its first 11 floors will be filled by a branch of the Wanda Vista Hotels, a luxury hotel chain owned by Dalian Wanda. Above the hotel are the building’s 406 condominiums, which will range from $1 million for a 1,000-square-foot, one-bedroom apartment to 17 times that for the penthouse. Twenty of the upper floors are what the developer has branded “360 degree residences,” meaning that there’s just one apartment per floor. 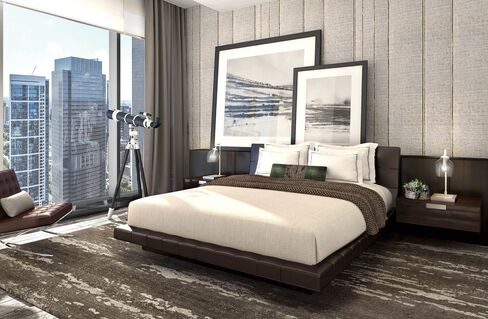 A master bedroom in the penthouse.

The penthouse, though, is in its own class, with a price (not to mention views) that catapult the property into the upper echelons of the global luxury real estate market. The penthouse comprises the entirety of the building’s 92nd and 93rd floors, which feature those 360-degree views, floor-to-ceiling windows, Gaggenau appliances, and bathrooms with heated floors and soaking tubs. “Obviously a very wealthy person is going to buy it,” said Losik. “It could be someone local, it could be someone with business interests in the city, and quite frankly, given our relationship with our Chinese partner, I wouldn’t be surprised if it’s an Asian buyer.” 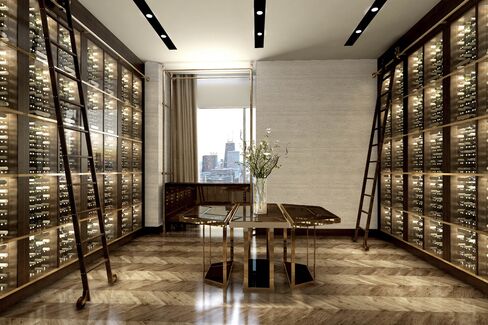 Wine storage room in the penthouse. 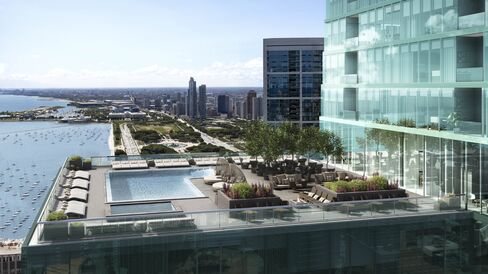 » BOOM: 70th-Floor San Fran Penthouse Hits Market At $42M...
» Dubai sued as "biggest stolen building in history"
» The new alliance adopts an approach to building and strengthening the state, leading to building a f
» Iraq is the Richest Country in the World
» Death of the richest woman in the world