THE much-derided Schengen Area is on the brink of collapse after furious Hungary launched a rebellion against open borders. 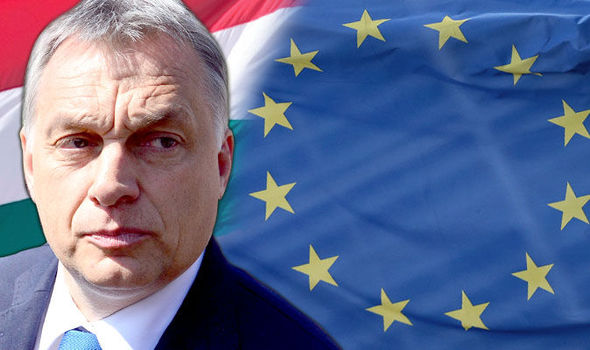 He is now touring Europe’s capital cities, where he is rallying support for a new plan with greater protection for individual states, dubbed "Schengen 2.0."

Currently, EU countries are forced to comply with orders from Brussels to accept and settle a specified number of migrants.

Orban has described these quotas as “wrong-headed” and is now leading a group of other countries determined to re-take control of their borders. 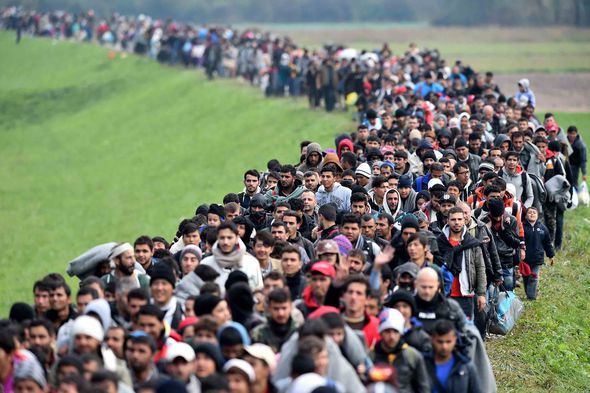 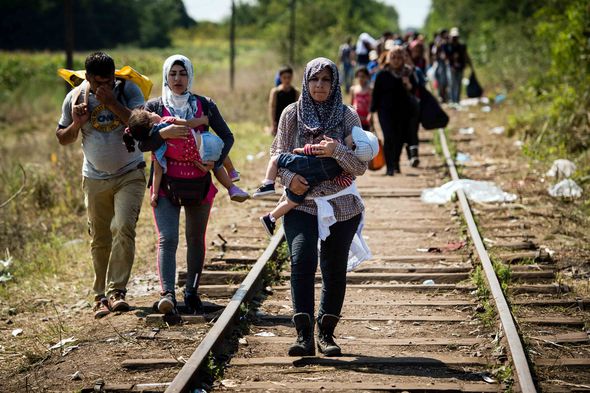 GETTY
Migrants heading towards the Hungarian border from Serbia
He said during a speech in the Lisbon leg of his trip: “We must protect the borders.

“The EU cannot create a system in which it lets in migrants and then prescribes mandatory resettlement quotas for every member state.”

Orban also promised a referendum in Hungary on whether the country should accept these orders, warning that some of the settled migrants were unlikely to integrate, leading to social friction.

He said: “If we do not stop Brussels with a referendum, they will indeed impose on us masses of people, with whom we do not wish to live together." 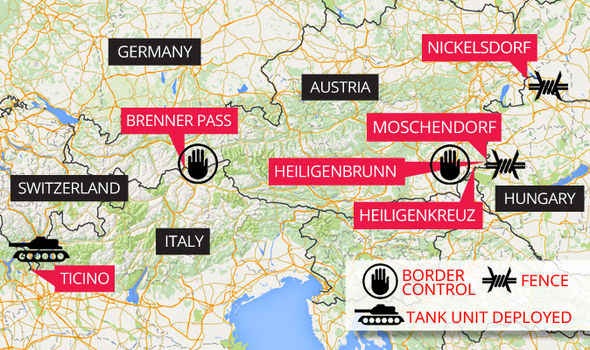 
Other countries may follow suit in opposing these plans and hold their own referendums, taking the power from Brussels and putting it back in the hands of their residents.

Slovakia and the Czech Republic have both threatened to take legal action against the EU’s orders to take in migrants.

Czech Prime Minister Bohuslav Sobotka said on Sunday: “I expect the line of opposition will be wider. Let us talk about legal action against the proposal when it is necessary.”

The action plan, which will be shared with the Czech Republic, Slovakia and Poland as well as the prime ministers of several other unspecified countries, is just the latest nail in the Schengen coffin.


Last week, 2,000 soldiers in Switzerland’s tank battalion were told to postpone their summer holidays in order to be ready to rush to the border with Italy to block migrants making their way from Sicily.
Austria has also begun sealing off its southern border, introducing checks on the vital Brenner Cross motorway and pledging the implementation of €1m worth of border patrols and security improvements.
Brussel’s most senior bureaucrat admitted yesterday that confidence in the EU was dropping rapidly across the continent.
In an astonishing confession of failure, European Commission President Jean-Claude Juncker said: “We are no longer respected in our countries when we emphasise the need to give priority to the EU.”
http://www.express.co.uk/news/world/662895/Hungary-threatens-REBELLION-against-Brussels-over-forced-migration

» EU to open case against Poland, Hungary, Czech Republic over migration
» Libya commanders in Brussels for migration talks
» A delegation from the Congress of the Jabouri: Iraq suffered any political turmoil threatens region
» Erdogan threatens Brussels
» The Ministry of Migration, in cooperation with the International Organization for Migration (IOM), d

» Association of Banks: We support government efforts and new measures issued by the Central Bank

» Parliamentary Finance: Oil prices will not fall below $75 per barrel during the current year

» Trade announces the launch of food sales at competitive prices.. These are its details

» Oil for Jordan against the dollar.. A London newspaper reveals the details of Biden and Al-Sudani's

» Minister of Health: Within 6 months, we will start implementing health insurance

» Iraq is not included in the list... a list of the most democratic countries in the world for the yea