Published: 4 hours ago
USE LINK FOR VIDEO - http://www.wnd.com/2016/05/target-sues-hero-who-saved-girl-from-store-stabber/
IF THAT MAN HAD NOT RUSHED TO HELP, THE GIRL WOULD BE DEAD 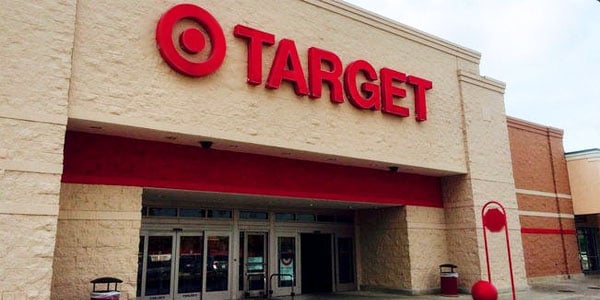 Target retailers are experiencing concerted push-back over their transgender bathroom policy.(Photo: Twitter)
Target, already under fire for opening bathrooms to those of either sex, is poised to face even greater public condemnation for a lawsuit it launched against a man who saved a 16-year-old girl from a stabbing attack at one store, claiming he actually acted irresponsibly.
The case targets Michael Turner, who in 2013 grabbed a baseball bat and chased a man, Leon Walls, who was stabbing at Allison Meadows, out of one of Target’s stores in Pennsylvania. Walls, 44 at the time, was later convicted of a criminal assault but found mentally ill, as WND previously reported.
On Monday, in a courtroom in downtown Pittsburgh, jury selection will take place in Target’s civil lawsuit against Turner.
Security footage showed Turner’s heroic actions during the attack, with many suggesting Meadows wouldn’t have survived had he and his friends not intervened. And the family of the teen then sued the store, saying it did not have enough security on hand to deal with such incidents.
The video, without sound since it’s from a surveillance camera in the store:

Re: Target sues hero who saved girl from store stabber

Yet another reason why I am boycotting this crappy store ...

» State of Modern Sports: Boy Identifies as Girl, Boy Competes as Girl, Boy Wins Everything
» Al-Kaabi: "We will target all American interests in the world if they target the Shiite crowd."
» Screwball's HERO! Larry... ;)
» The Federal Supreme Court sues the bar
»  An Iraqi sues an American airline