Survey shows 34 percent of Americans are excited about the prospect of microchips implanted in their brains
Saturday, July 30, 2016 by: Daniel Barker 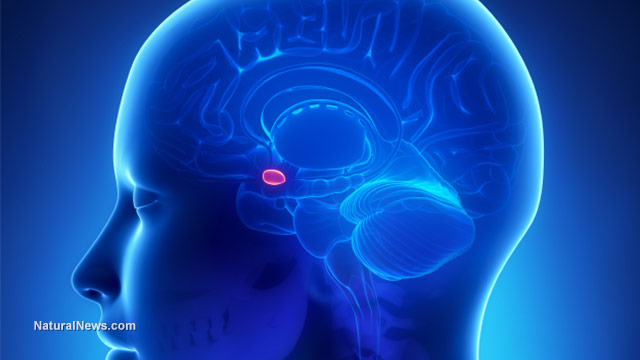 (NaturalNews) More than a third of Americans are "enthusiastic" about the prospect of having microchips implanted in their brains, according to a recent poll.

The Pew Research Center has just published the results of a survey it conducted to find out how Americans felt about the use of biomedical "enhancements" currently in development.

Participants in the survey were asked to read the following text before answering a set of questions:

"New developments in understanding the brain are creating the possibility that doctors will be able to surgically implant a small computer chip in the brain. Right now, these implanted devices are being developed for people with some kind of illness or disability. But in the future, these implanted devices could potentially be available for use by healthy individuals, giving people a much improved ability to concentrate and process information in everyday life."

Roughly two-thirds of Americans said they would not be interested in using this technology for themselves, but 32 percent said they would want such implants if they could actually improve their brain function.

While a majority (61 percent) of Americans admitted they had never been aware such technology might exist, those familiar with brain implants were more inclined to embrace the concept.

Religious people were much less likely to accept the idea of brain implants - for instance, 51 percent of religious American adults said that to them such technology would be morally unacceptable and would constitute "meddling with nature."

The DARPA factor
One can reasonably assume that the folks at DARPA - who have spent $62 million researching microchip brain implant technology - are perusing the Pew survey findings with great interest.

The Defense Advanced Research Projects Agency (DARPA) appears to be on the verge of perfecting a neural-coding device which will "open the channel between the human brain and modern electronics."

DARPA has already successfully tested their own brain implant microchips on animals, and human trials are set to begin in 2017.

The neural-coding devices being developed by DARPA are ostensibly designed to control artificial limbs, but it seems obvious that their potential is much greater. As DARPA itself admitted, the technology will be capable of enabling "data-transfer bandwidth between the human brain and the digital world, feeding digital auditory or visual information into the brain."

In other words, such implants would potentially be extremely effective brainwashing devices that could be just as easily be used to control people - as well as prosthetic limbs.

Brain implant technology has the potential of improving the lives of those with certain disabilities, but are we really prepared for a future in which normal, healthy people receive - willingly or not - brain implants that might either "improve" a person's mental function or perhaps even diminish it?

The potential negative effects and sinister uses of such technology would appear to be significant, but it seems there are plenty of people who will be happy to take the risk.

Of course, the media is helping to prepare us for our dystopian future, along with social media moguls such as Google CEO Eric Schmidt, who supports DARPA's agenda and the idea of using such devices to monitor the public's thoughts.

At a Bilderberg conference, Schmidt said - regarding DARPA's mind-reading technology - that if "you have something that you don't want anybody to know, maybe you shouldn't be doing it in the first place."

Welcome to the future, folks...

Big Brother will be watching you.....
Ronbo

Isn't this why the Terminator was sent back in time to kill John Conner?

this boy will not be in that 34%, unless they want to kill me to do it. of course if they killed me then it wouldn't do them any good to do it.

» In three phases, at a cost of $300 million, a strategic heavy water treatment project in Erbil