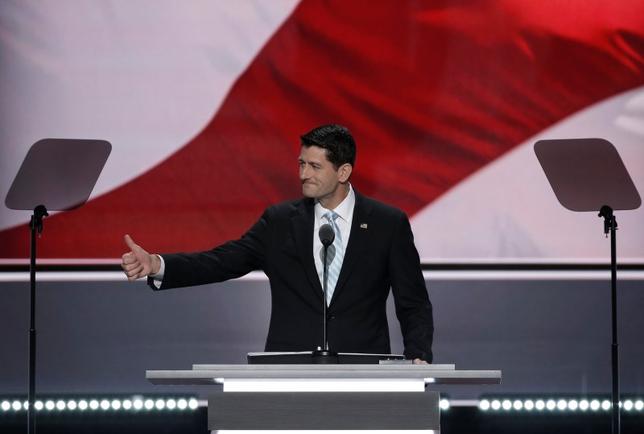 Ryan, who ran unsuccessfully for vice president in 2012, had roughly 84 percent of the vote compared with challenger Paul Nehlen's 16 percent, with 87 percent of voting areas reporting results, the Journal Sentinel reported at 11 p.m. local time.

"I am humbled and honored that Wisconsinites in the 1st Congressional District support my efforts to keep fighting on their behalf," Ryan said in a statement.

In the general election for the 1st Congressional District seat in southeast Wisconsin on Nov. 8, he will likely face Iraq war veteran Ryan Solen, who won the Democrat primary on Tuesday.

"Truly an amazing journey," he said.

The race became the center of attention a week ago when Trump refused to endorse Ryan during an interview with the Washington Post.

In a sign of the tension between the politicians, Trump told the newspaper he was "not quite there yet" - echoing a phrase Ryan had used about Trump.

On Friday, Trump endorsed Ryan and Senators John McCain of Arizona and Kelly Ayotte of New Hampshire during a campaign stop in Green Bay, a show of support that could be a step to mend his frayed relations with fellow Republicans.

Trump, a former reality TV star, has troubled many in the Republican establishment with his off-the-cuff, often insulting, style and controversial policies. These include a proposed ban on Muslims visiting the United States and his plan to build a wall along the Mexican border to keep out undocumented immigrants.

Ryan, Ayotte and McCain had criticized Trump's feud with the family of Army Captain Humayun Khan, who was killed in Iraq in 2004 and was posthumously awarded the Bronze Star Medal for bravery. Trump had a running dispute with Khan's parents after they criticized him at last month's Democratic National Convention.