Wells Fargo settled over its bogus accounts, but it still faces a fight from customers and ex-employ

Wells Fargo settled over its bogus accounts, but it still faces a fight from customers and ex-employ

Wells Fargo settled over its bogus accounts, but it still faces a fight from customers and ex-employees

Despite a blockbuster settlement announced Thursday, Wells Fargo isn’t done fighting allegations that its aggressive sales culture pushed employees to create accounts that customers never authorized.
The San Francisco banking giant still faces lawsuits from customers who say they were harmed by the bank’s practices, as well as from former employees who claim that they were were fired or forced to quit when they wouldn’t resort to breaking rules to meet the bank’s strict sales quotas.
Thursday’s settlement included consent orders from regulators that laid out a damning case against Wells Fargo and its practices — and might seem to strengthen the civil suits. In fact, attorneys for customers in one case announced a settlement with the bank the same day the deal with federal regulators was announced.
But in other cases — and it’s not clear how many there might be — the settlement may play no role at all. Although Wells Fargo agreed to pay $185 million in penalties, the bank did not admit wrongdoing. What’s more, parts of the settlement might not be admissible in court.
“From a legal standpoint, it probably doesn’t help,” said Bruce Simon, a San Francisco attorney who specializes in financial cases but who is not involved in the Wells Fargo cases. “But from an optics standpoint, it makes it sound like where there’s smoke there’s fire.” 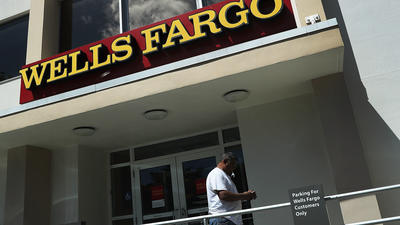 Think Wells Fargo ripped you off? Here's what to do

Michael P. Kade, a Los Angeles attorney representing nine former Wells Fargo employees in a case filed in 2014, agreed that elements of the settlement may not be admissible.
Still, he said, if a judge allows some parts of it to be considered, it could influence jurors.
“The jury can make up their minds as to why a party that was so adamant it did nothing wrong all of a sudden decides to pay millions of dollars in fines,” he said.
Kade’s clients have accused the bank of a handful of labor law violations, including wrongful termination and failure to pay overtime, all related to the aggressive sales practices detailed in a 2013 Los Angeles Times investigation and later seized on by regulators.
In the suit, the workers allege that they were encouraged by Wells Fargo regional executives to “open unneeded ‘ghost’ accounts for customers, to order credit cards without customers’ permission and to forge clients signatures on paperwork in order to meet their sales quotas.”
The former employees say they weren’t paid for overtime hours they put in as they tried to meet unrealistic sales goals handed down by the bank’s higher-ups. What’s more, the employees say they were fired or forced to quit when they did not meet those sales goals and refused to create fake accounts or use other fraudulent means to do so.
Those practices were also cited in a lawsuit filed last year by L.A. City Atty. Mike Feuer and further detailed in regulatory orders released Thursday by the U.S. Consumer Financial Protection Bureau and the Office of the Comptroller of the Currency, a federal bank regulator, as part of the $185-million settlement.
Regulators, citing figures from a Wells Fargo internal investigation, said bank employees may have opened more than 2 million deposit and credit card accounts without customers’ authorization, a staggering sum that regulators said was the result of incentives that encouraged workers to open more accounts at all costs.
The bank’s attorneys in the case filed by former employees did not return calls for comment, but in court filings have denied all of the employees’ allegations.
The case is expected to go before a mediator later this year and, if the parties cannot agree on a settlement, could go to trial next year.
Although that case may eventually go to trial, suits filed by Wells Fargo customers over fake accounts have not made it that far. As at many other banks, Wells Fargo customers sign a contract requiring them to bring any disputes with the bank to a private arbitrator rather than to court. 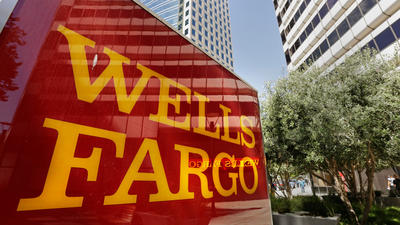 Those arbitration clauses have stymied customers' attempts to sue the bank, even over accounts they never agreed to open.
But one such case, rejected by a federal district court in San Francisco and later appealed to the 9th Circuit Court of Appeals, could soon be headed toward a settlement rather than to arbitration.
After regulators announced their settlements with Wells Fargo on Thursday, attorneys that have brought a class-action against the bank on behalf of customers said they had reached a settlement of their own with the bank.
Details of the settlement, which must be approved by the lower court, were not disclosed. Attorneys representing Wells Fargo did not return calls for comment.
“Our clients … are pleased Wells Fargo decided to make things right with its customers,” Derek Loeser, one of the attorneys for the plaintiffs, said in a statement late Thursday.
http://world.einnews.com/article/344129872/P6ILRzNSV7BSYxFI