Rise in OPEC oil production due to increased exports from Iraq

Rise in OPEC oil production due to increased exports from Iraq 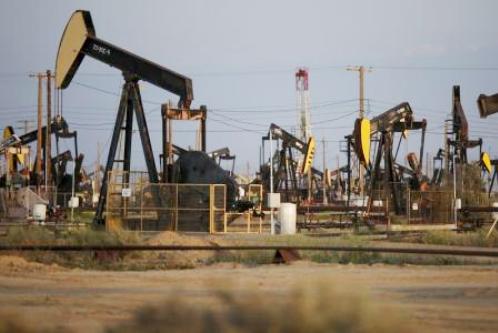 OPEC production of oil rose in September / September to reach 33.6 million barrels per day, with the increase of Iraqi oil pumping after exports from the north agreement and the return of some Libyan production.
And witnessed the production of Saudi Arabia, the largest producer and exporter of oil in OPEC, a slight decline for the month of August / Aug.
The OPEC production in August / August at 33.53 million barrels per day, an increase of about half a million barrels a day from what was announced at the Algiers meeting of the possibility of a ceiling determined production in November if OPEC members agreed.
Iran's production did not witness any change in September / September from the previous month, due to the arrival of the Iranian oil sector to the maximum production capacity despite repeated Iran's announcement of its intention to increase oil production.
The production of Iran and Iraq on the rise since the beginning of the year, despite the oversupply in the market compared to the demand pressure on prices down.
Iraqi production reached in September / September, according to a survey of one of the media sources to 4.43 million barrels per day after an agreement with the Baghdad government of Iraqi Kurdistan authorities for the return of Iraqi exports stalled through the Kirkuk-Ceyhan Oil Pipeline.
With the Libyan army control over the oil ports in the northeast of the country and the expulsion of the militias which, Libya began production again from some oil fields in preparation for export.
Analysts in the oil market believes that increasing OPEC production [but does not exceed 70 thousand barrels per day in September / September] adds further doubts about the possibility of the return of the Organization for capping production in November also understand some of the results of the meetings of Algeria.
http://burathanews.com/arabic/economic/302120

Yesterday at 7:04 pm by wciappetta