The FBI is going to bring down the DOJ

The FBI is going to bring down the DOJ

The FBI is going to bring down the DOJ... and America will cheer the agency's heroes as the Clinton crime regime is finally toppled 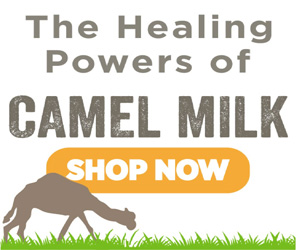 (NaturalNews) To all the men and women of the FBI who are now working diligently to bring down the corrupt DOJ and the criminal Clinton cartel, We the People support your effort!

Agents in the FBI are right now seeking to topple the criminal corruption at the DOJ by targeting all the following individuals who may soon be wearing prison stripes:

According to a former U.S. Justice attorney Joe DiGenova, disgruntled FBI agents are "digging tunnels under the Justice Department. They are going to sink that place," reports Daily Caller:

DiGenvoa says the agents within the bureau have gone “rogue” and any upper level bureaucrat that gets in their way from investigating Clinton could be exposed...

He later said, “Everything is on that laptop. It’s probably adverse to everything she has said publicly and probably proves that she has committed multiple perjuries. So their stuff like that over at the department of state.” He added, “There’s classified information. There’s pay to play. There’s stuff about destroying documents. No doubt it’s the panoply of issues that they have tried to cover up.”

DOJ corrupt officials are stupid... FBI agents are smart... guess how this turns out?
As an investigative journalist, the thing that really strikes me about all that we're witnessing today is just how incredibly stupid the Clinton co-conspirators are. It's obvious that none of them have any idea how technology works. They don't understand real-time online backups, email originating server authentication or the fundamentals of digital security.

They're arrogant, lazy and stupid, and that's exactly why they're now getting caught red handed (and may eventually find themselves going to jail).

Remember: Nobody in the corrupt Obama or Clinton regime attained their positions of authority based on merit. Most of them just bribed their way to high office or blackmailed somebody in the Clinton cartel to achieve power (because that's the way corrupt democrats do things, you see).

The FBI, on the other hand, tends to recruit intelligent people based on merit, not on how politically connected somebody's daddy is in Washington. As a result, the FBI's culture is one of more independent thinking, hard work and merit-based professional advancement. No wonder the FBI's agents are seething at the corruption and criminality of the Clinton mafia... it's a cesspool of unearned power from a cabal of elitist nitwits who are too obnoxious and arrogant to believe anything can ever bring them down.

That's why the scrappy, hard working men and women of the FBI are finding so much joy in toppling the Clinton criminal cartel: It's sheer happiness to pull the plug out from under such a massive cesspool of criminal filth parading around as political "leadership" and watch the bewildered heads roll down the steps of Capitol Hill... thunk, thunk, thunk... SPLAT.

In fact, it's a joy for all informed Americans to even imagine such an outcome. That's why I wanted to let the FBI know that all the patriots across America are with you on this one. If the FBI brings down the DOJ, there will be victory parades in the streets!

The FBI can restore its reputation as the protector of a democratic society rooted in real justice
The FBI's reputation among patriots took a huge hit with the Oregon rancher fiasco last year, but I'm willing to bet that right about now, all kinds of FBI agents are realizing the Oregon ranchers were right: The corrupt U.S. government really is a threat to us all. Thanks to the Clintons, the FBI sees that the same way the Oregon ranchers did. And just as the ranchers hoped to end BLM corruption across America's western lands, the FBI is now working to end DOJ corruption in D.C. In both cases, you've got hard working cowboys fighting for a free nation by ridding this country of the corrupt criminal class running the show in Washington.

If FBI agents have now awakened to all this, the awakening is likely to keep spreading through the halls of D.C., including the Pentagon itself, where a military coup against a corrupt Clinton regime would be extremely popular among police officers, federal agents, patriots and ordinary Americans.

That's where this will likely wind up if the FBI fails to bring down the regime. In fact, my analysis of the THREE waves of revolution that will assault a Clinton regime looks like this: (and if Trump wins, then the problem is already solved)

Wave #1) The FBI and other intelligence insiders (this process is already under way and may prove sufficient to end Hillary's chances before Election Day).

Wave #2) The U.S. military (an armed military occupation of Washington, the elimination of the criminal Clinton cartel, and the restoration of fair and free elections).

Wave #3) A citizens' revolt (armed American patriots storming Washington and taking their country back from the criminals who stole it from them).

Only if all three of these waves fail will the Clintons remain in power, and even then, most of America will refuse to recognize any legitimacy of a Clinton presidency, DOJ or even the U.S. Supreme Court under a Clinton administration. In essence, America will erode into a divided nation haunted by a screaming criminal tyrant named HELLary Clinton who will, sooner or later, go down in history as the most corrupt President to ever (briefly) occupy the Oval Office before being led off in handcuffs to face criminal prosecution for literally hundreds of felony crimes.

Stay tuned for more stunning history as it unfolds in real time...

NOTE TO THE FBI: Don't fail America now, or there won't be anything left to fight for... for any of us!
http://www.naturalnews.com/055892_FBI_DOJ_Clinton_crime_regime.html

» Parliamentary Security: Blocks threatened to bring down the bill to bring out foreign forces
» BRING IT ON BOYS
» Can Americans Bring in Their Own Refugees? Maybe!
» Thivierge: Bring in experience, not bad contract
» CRUZ AND HIS MEDIA TRY TO BRING DOWN TRUMP