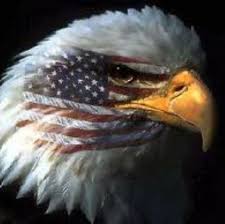 Mexico was pitched into deep uncertainty by Donald Trump’s U.S. election victory on Tuesday after a bitterly divisive campaign, raising the prospect of major clashes over trade, immigration and security.
The peso currency suffered its biggest fall in 22 years on fears Trump will stick to a campaign pledge to rewrite or dump a free trade treaty he says is loaded in Mexico’s favor. Investors worry a trade fight could tip Mexico’s economy into recession.
The Republican candidate has threatened to deport millions of undocumented Mexican migrants, many of whom he described as rapists and drug runners, and to keep others out by building a massive border wall he says Mexico will pay for.
Watching in homes and bars around the country as the New York real estate tycoon extended his lead over Democrat Hillary Clinton in one U.S. state after another, many Mexicans were gripped by disbelief and fear.
“We have to start saving for that wall,” said Rafael Garnica, a 29-year-old Mexico City technology entrepreneur. “It’s not just Trump that frightens me, it’s that he represents a huge amount of people in the United States.”
On Twitter, some Mexicans urged their government to seek dialogue with Trump, while others said they feared a rupture of ties with the United States.
“Trump’s victory is the antithesis of the fall of the Berlin Wall,” tweeted Fernando Belaunzaran, a politician for the center-left Party of the Democratic Revolution.
Trump’s victory coincided with the anniversary of the 1989 fall of the Berlin Wall.
Trump has proposed blocking billions of dollars in remittances sent home by Mexicans working in the United States to make Mexico pay for his border wall.
Pena Nieto, who likened Trump’s rhetoric to that of Adolf Hitler and Benito Mussolini, has dismissed the idea out of hand and his foreign minister reiterated on Wednesday the country had no intention of paying.
On the campaign trail, Trump relentlessly attacked the North American Free Trade Agreement (NAFTA) between Mexico, Canada and the United States as the “worst deal ever”, vowing to scrap it if he cannot renegotiate it.
NAFTA has been a cornerstone of Mexican economic policy since it took effect in 1994.
Finance Minister Jose Antonio Meade said in a news conference on Wednesday that uncertainty and volatility had increased since Trump’s win, but that there was no immediate impact on trade rules between the two countries.
Some business leaders say the U.S and Mexican economies are now so closely integrated it is impossible to take steps against one without damaging the other.
“We will be facing months of volatility and uncertainty while the new government in Washington takes office and we see whether Mr. Trump is able to make good on his unfortunate campaign promises and rhetoric,” said Andres Rozental, a former Mexican deputy foreign minister.
Mexican officials hope to diversify export markets to try to reduce the country’s dependence on U.S. consumers, and Pena Nieto has said he would work with the winner of the election.
He was pilloried at home for inviting Trump to Mexico in late August in an effort to create some leverage for his government in case the businessman won.
Trump softened his tone on the brief stopover he made to meet Pena Nieto, telling a news conference it was important to keep manufacturing in North America and describing Mexican-Americans as “spectacular, hard-working people.”
But within hours of his departure, he and Pena Nieto got into a Twitter feud over who would pay for the wall.
After Trump’s victory, Pena Nieto said on Twitter he was ready to work with him, calling the neighboring countries friends who “should continue to work together for the competitiveness and development of North America”. – Reuters
USE LINK FOR VIDEO - https://www.youtube.com/watch?v=e4nTWTq4CE0
http://beforeitsnews.com/prophecy/2016/11/trumps-wall-mexican-billionaires-make-6-billion-dollar-deposit-on-wall-video-2485656.html