Imminent agreement in the "OPEC" on oil production

Imminent agreement in the "OPEC" on oil production 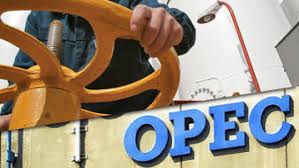 It said sources in the "OPEC", on Wednesday November 16, the Organization officials are working to formulate their plan to reduce oil production details.
The two sources familiar with the discussions said there are efforts to bridge the gap of differences and work to reach a final deal. As one of the sources said, "It's tough at some points, but I do not see any crisis. What happened in Algeria granted a lot of hope and the driving force and I think that people are committed to it."
Other sources told "Reuters" and said that Iran wants to install production at 4 million barrels per day, while other members wanted to Tehran evidenced at about 3.7 million barrels per day. Although the gap of differences on some of the outstanding matters are shrinking in a sign of progress in completing the first agreement of its kind for the organization since 2008.
A third source in the "OPEC" familiar with the discussions, "what it takes to reach a consensus will take the minister," noting that "we can not leave Vienna on November 30 without an agreement."
The source revealed that in the context of strengthening the efforts to reach a consensus Mohammed Barkindo secretary-general will "OPEC" to visit more of the OIC Member States in the next few days. He is scheduled to meet with Venezuelan President Nicolas Maduro later Wednesday and then travels to Ecuador and Iran.
High-level Committee meets for the second time in Vienna next Monday and is likely to hold some of the energy ministers of OPEC in informal talks in Doha Friday on the sidelines of a forum for gas.
http://burathanews.com/arabic/economic/305643