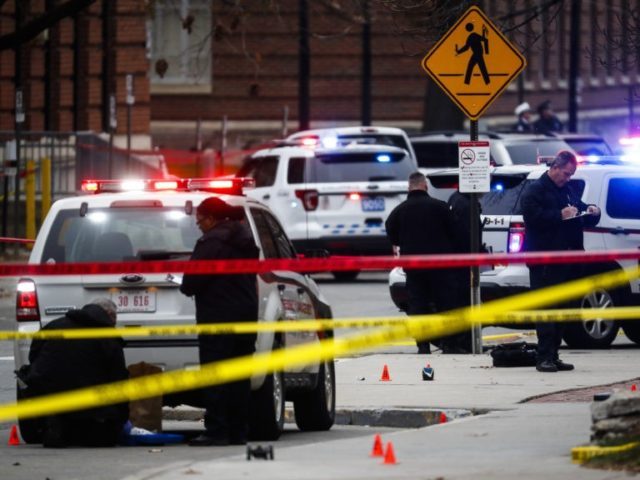 President-elect Donald Trump plans to meet with some of the victims and first responders of the Ohio State University terrorist attack that took place last week.

The attacker intentionally dove his car into a group of students and began slashing them with a butcher knife, before he was shot and killed by a Alan Horujko, a university police officer.
On Thursday, Trump plans to meet with police officers and paramedics who responded to the attack, according to the Columbus Dispatch.
It is unclear whether President Barack Obama has spoken with the first responders or the victims of the attacks. Asked by Breitbart News whether the president had spoken with the police officer who stopped the attack, White House press Secretary Josh Earnest declined to confirm any calls.
Obama touted his record on fighting “extremism” during a speech in Florida on Tuesday, remarking that since he took office there had been no major terrorist attack on Americans.
“We should take great pride in the progress that we’ve made over the last eight years. That’s the bottom line,” he said. “No foreign terrorist organization has successfully planned and executed an attack on our homeland.”
Obama admitted that the United States still faced a threat carried out by “homegrown” extremists who were “radicalized online.”
Terrorist attacks including Boston, San Bernardino, Fort Hood and Orlando, Obama suggested, would be difficult to stop, as long as radical individuals could acquire deadly weapons.
“Somebody who is trying to kill and willing to be killed is dangerous, particularly when we live in a country where it’s very easy for that person to buy a very powerful weapon,” he said.
http://www.breitbart.com/2016-presidential-race/2016/12/07/donald-trump-plans-ohio-state-visit-victims-first-responders/

Yesterday at 7:04 pm by wciappetta