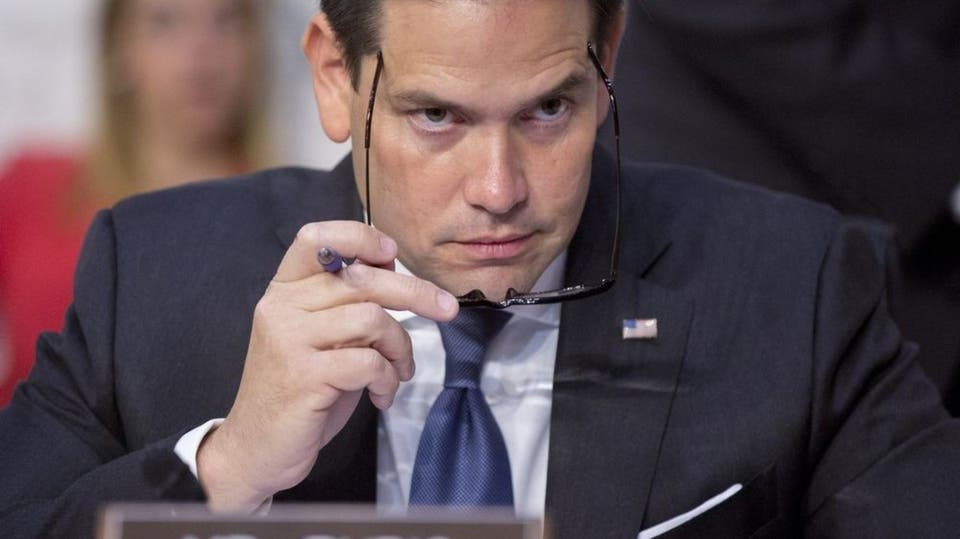 [size=11]Senator Marco Rubio[size=0]font size[/size][/size]
Commenting on the [size=22]killing of the Iranian Quds Force commander, Qassem Soleimani, by a US missile strike in Baghdad, Republican Senator Marco Rubio said Friday that the American measures are in line with the warnings I have issued.[/size]

They are entirely to blame for bringing about the dangerous moment now before us.[/ltr][/size]


[/rtl][/size]
[/size]
[/size]
In a tweet on his Twitter account, Rubio added that Iran and its proxies had made a bad mistake by ignoring Washington's warnings, stressing that the Iranian Qods Force had chosen to escalate.
He added that Iran chose to ignore these warnings, because they believed that Trump was constrained by internal political divisions.
He said that in the face of the repeated Revolutionary Guard attacks, the United States of America and President Donald Trump exercised impressive control, adding that Trump had laid red lines and explained the consequences of their transit.
He added that Iran and its militias bear full responsibility for the events of this dangerous moment before us now.
Trump's tweet came after an organized assassination using aircraft, targeting a number of leaders and members of the popular crowd, while exiting from Baghdad International Airport from the southern gate accompanied by a non-Iraqi delegation, where reports indicated that some of the Iranian leaders from the Revolutionary Guards were present.After the American strike that killed the commander of the Quds Force, Qassem Soleimani, at dawn on Friday, and Abu Mahdi al-Muhandis, deputy chief of the Hashd militia, the US president, Donald Trump, tweeted that he was victorious by spreading only his country's flag.
The missile attack killed the Quds Force commander, Qasim Soleimani, and the second man in the Hashd militia, Abu Mahdi al-Muhandis, and the official in the Hashd Relations Directorate, Muhammad al-Jabri, and the Vehicles Officer, Haider Ali.
The operation also left a number of charred bodies, which have not yet been identified. 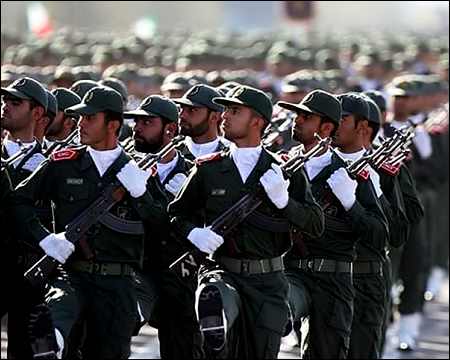 [size=12]Elite troops of Iran’s Islamic Revolutionary Guard Corps (IRGC). Photo: AP[/size]
[size=14]ERBIL,— Iranian Kurds launched a social media campaign on Friday calling for Iran’s Islamic Revolutionary Guard Corps (IRGC) to be declared a terrorist organization.[/size]
“It is time for international community to realise that IRGC is a terrorist organization,” Aso Saleh, representative of the Democratic Party of Iranian Kurdistan (KDPI-PDKI) to Sweden and the Congress of Nationalities for Federal Iran (CNFI), shared on Twitter, using the hashtag [size=14]#IRGC_terrorist.[/size]
The Kurds have been a longtime target of the IRGC, Saleh told Rudaw English, saying that the force began killing people in Kurdistan not long after it was established.

“I think all Kurds think that the IRGC forces are acting against humanism by killing civilian people and supporting other terrorist organisations in [the] whole the world,” Saleh said, claiming that the IRGC has had direct and indirect roles in hundreds of terrorist attacks against Iranian opposition groups and other countries.
“We think that [it] is a correct decision to designate IRGC as a terror organization and by this campaign we want to support that. Stopping all kinds of terrorism, from ISIS to IRGC is a responsibility to all of us in this era.”
Saleh is hopeful that, if the IRGC is designated a terrorist organization, it will make the Kurdish struggle in Iran more acceptable among the international community.
“But fighting against [the] Iranian regime and IRGC for us is like fighting ISIS. Both are terrorist organizations and both act against freedom and human rights.”
According to Saleh, this is the first campaign that has seen cooperation from across Kurdish parties, as well as Arab and Iranian activists. He is hopeful that the groups can continue to campaign together in the future.
Tweets in support of the campaign highlighted alleged acts of terrorism committed by the IRGC, including the assassinations of PDKI leaders.

Kurdish Leader Dr.Ghasmlou, killed by #IRGC during negotiations in #Viena, 1989. #IRGC_Terrorist pic.twitter.com/mgBZdjHeEe— Ebrahim jahangiri (@sibsportCa1) February 10, 2017
The campaign is capitalizing on US President Donald Trump’s hardline stance against Iran. On February 7, Trump took to his favoured platform Twitter to declare Iran “#1 in terror” and criticize former US President Barack Obama for his landmark nuclear deal with Iran.
The PDKI’s representative to Germany and Austria, Hiwa Bahrami, reminded the US president of his own words.
Trump has repeatedly denounced the deal with Iran, calling it the “worst deal ever negotiated.”
The US imposed new sanctions against Iran last week after Tehran test-fired a ballistic missile in late January. Trump initially reacted on Twitter, telling Iran they were “playing with fire,” and warned he would not be as kind as Obama was.
On Thursday, CNN reported that Trump’s administration was considering designating the IRGC a terror organization, along with the Muslim Brotherhood.
Sources familiar with the White House’s consideration of the move told CNN that executive orders asking the State Department to study the groups were put on hold after national security agencies expressed concern about the potential consequences.
The primary concern US security officials reportedly had with designating the IRGC a terror organization was fallout in Iraq, where Iran is a key ally of Iraqi Prime Minister Haider al-Abadi in the war against ISIS.
Iran is already designated a “state sponsor of terror” by the US, and its government and agencies, including the IRGC, are subject to sanctions.
The Twitter campaign was launched as Tehran was celebrating the 38th anniversary of the Islamic Revolution.
“In the United States, there are some who are newly in power. Those who threaten our government and our armed forces has to know that our people are united, vigilant and will resist the enemy until the end,” said President Hassan Rouhani, addressing a rally in Tehran on Friday.