How do central banks face the repercussions of the Corona virus?

How do central banks face the repercussions of the Corona virus?

[size=36]How do central banks face the repercussions of the Corona virus?[/size] 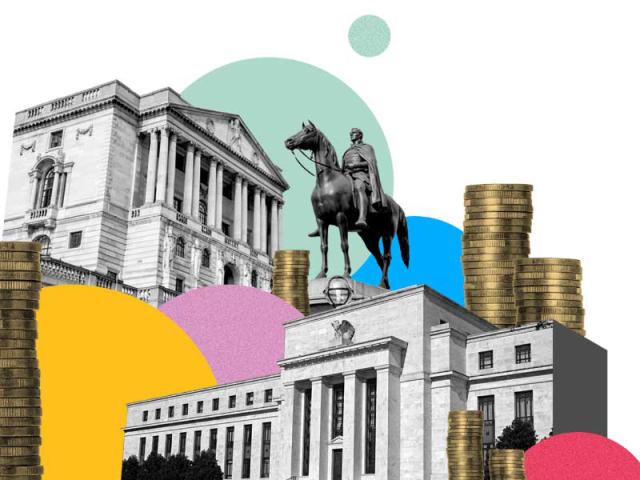 Follow-up - Mawazine News
As the new Corona virus continues to claim lives around the world, governments are striving to reduce the effects of the disease on their economies, by directing central banks to take a number of precautions.
The latest of these moves was from the Bank of England, which cut interest rates fifty basis points to interest rates one quarter of a percentage point, also revealed a reduction in capital requirements for banks, and the provision of a support package for medium and small companies that could reach 100 billion pounds.
As for the US Federal Reserve, on March 3, it cut interest by 50 basis points, in a sudden step that has not been registered since 2008, and this step came before its official meeting to be held on the seventeenth and eighteenth of March.
The Chinese central bank began these moves to face the consequences of the virus, in February, when it reduced the main lending rates for one year to about 4.05 percent, and the move was also preceded by reducing interest on medium-term lending rates.
As the ramifications of the virus expanded in recent weeks, movements from other central banks, such as the Australian Central Bank, recorded a rate cut by about a quarter of a percentage point to 0.5 percent.
The Canadian Central Bank also cut interest by about fifty basis points, confirming its readiness to do more reduction if required.
All eyes are directed towards the upcoming meetings and steps, especially the US Fed meeting, as markets are priced on the basis of a significant rate cut by the bank that could reach fifty or perhaps seventy five basis points.
Everyone is also awaiting the European Central meeting, especially after the statements of its President Christine Lagarde, which indicated that Europe faces the risks of an economic shock similar to the global financial crisis in 2008 if the leaders do not move urgently to contain the repercussions of the Corona virus. End 6/6 N
https://www.mawazin.net/Details.aspx?jimare=89866

» G20 Finance Ministers: Ready to Face Corona's Repercussions on Global Markets
» Corona virus brings sudden profits to Chinese banks
» News that the Central Bank Governor Ali Al-Alaq and his family have been infected with the Corona vi
» The central bank donates thirty billion dinars to tackle the Corona virus
» In the document .. The Central Bank of Iraq announces the collection of 44 billion dinars to confron