'I work hard. I earn my money' 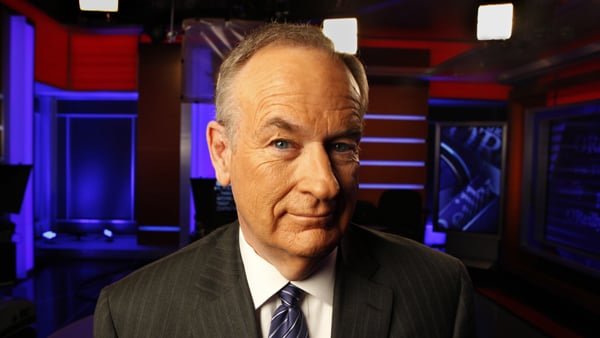 He’s been at the Fox News Channel for nearly 20 years, and the No. 1 ratings leader for 16. But now anchorman Bill O’Reilly is hinting that the end could be near for his hosting of “The O’Reilly Factor.”

In an interview with AdWeek, the anchorman was asked: “You’re going to be 67 this year. How much longer do you want to do a nightly TV show?”
“I don’t know. I go day to day,” O’Reilly responded.
“I don’t want to work this hard much longer. I know that. Because I work hard. I earn my money. But the shocking thing to me is nobody beats me. These young gunslingers, they should be kind of beating me – but they’re not.”
When asked who is the next Bill O’Reilly, he said: “I don’t wish that on anyone. I think everybody has their own unique presentation. There will be somebody that comes. But it’s not as easy as it looks.”
This year has been another strong one in the ratings department for O’Reilly, who reportedly earns more than $15 million annually. In the second quarter of 2016, his show at 8 p.m. Eastern collected almost 3 million viewers every night.
Second to the “Factor” is “The Kelly File,” hosted by Megyn Kelly, which follows at 9 p.m., collecting 2.4 million viewers on average.
Regarding which TV networks he watches, O’Reilly said: “I watch them all. I watch them for information flow. ’60 Minutes’ is the best. How they do it every week, it’s so good. I don’t think people understand how good they are.”
He admits he even thought about working for “60 Minutes” at one point.
“Yeah. I was thinking about it. But I don’t want to be on the road. At one point, I was thinking about doing a commentary, when Andy Rooney had left. But I’m a little bit too bombastic for that. I watch all the other news shows. I watch for the news and who’s on it rather than style or anything like that.”
Concerning the upcoming political conventions for Democrats and Republicans, O’Reilly said he expects them to be “boring.”
“Because there’s no drama,” he said. “Hillary’s going to get up there and she’s going to be coronated. Maybe there’ll be some Bernie fans. And he’ll get his night to speak. I don’t see any drama there. Other than VP, which I think is going to be an Electoral College move rather than an ideological move. But I could be wrong on that. Then on the Republican side, VP is the story.”
O’Reilly says he has been friends with Donald Trump since 1990, and has been shocked by the candidate’s success in politics.
“That and the assassination of John Kennedy are the most stunning political things in my lifetime. When he told me he was going to run for president last year, I said, ‘What country?’ (laughs) But you have to give him credit. Like him or not. I don’t like some of the things he does and says. But I admire the fact that he was able to beat the establishment and beat them badly.
He says his friendship with Trump is “built on sports.”
“We’re both sports fans and New York fans. I don’t hang with Donald Trump. We go to some games together and once in a while, when he wasn’t a politician, when he needed a favor or something, I would be happy to do it for him – if he had some kid who wanted to come and see the show.”
When asked what is written about him on the Internet, O’Reilly told AdWeek: “You know, that I’m an ideological fanatic. Someone called me a right-wing reactionary the other day. That kind of crap that comes out of that sewer with the agendas they have.”
http://www.wnd.com/2016/07/bill-oreilly-hints-at-major-career-move/#!
Read more at http://www.wnd.com/2016/07/bill-oreilly-hints-at-major-career-move/#PaXgfDsXWxZQBKkO.99

» US hints at a solitary move in Syria
» A major parliamentary rejection of the food security bill.. Find out the reasons
» Nujaifi: the amnesty bill waiting that the government sends the bill to the parliament for vote and
» Roger Stone: Bill Clinton Like Bill Cosby on Abusing Women, Then They Were ‘Psychologically Abused b
» IRAQ HOLDS A CONFERENCE TO INVEST HUMAN RESOURCES AND MOVE THE LABOR MARKET TO MOVE THE ECONOMY TO A

» "Kurdistan secede again"... Kurdish accusations against Baghdad of pushing the region to escalatepro

» On charges of wasting 23 billion dinars.. Majid al-Nasrawi, the former governor of Basra, was condit

» The 100-day achievements of the Sudanese government... Security, health, anti-corruption and foreign

» Pavel Talabani: Kirkuk is Kurdistan and there is no giving up on it.. Article 140 was activated by t

» A record level of gas production in the Kurdistan region during 2023.. 500 cubic meters last month

» The Iraqi Parliament opens the work of Session No. (5) and ends the first reading of nine bills