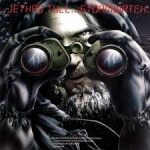 (CNN) -- George Zimmerman was charged Monday with felony aggravated assault after allegedly pointing a shotgun at his girlfriend, according to Dennis Lemma, chief deputy with the Seminole County, Florida, Sheriff's Office.
Zimmerman, who was acquitted earlier this year of murdering teenager Trayvon Martin, was arrested after the incident at the home of Samantha Scheibe, Lemma said. He also was charged with two misdemeanors -- domestic violence battery and criminal mischief -- in connection with the same incident, Lemma said.
Zimmerman is being held in jail without bail and will make his first appearance in front of a judge Tuesday at 1:30 p.m. ET.
Differing 911 calls 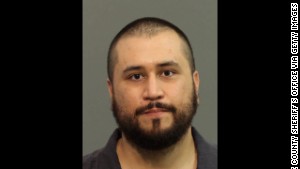 Deputy: Zimmerman barricaded door
According to a police report on the incident, Scheibe said that after an argument Zimmerman broke a table with a shotgun then pointed it at her "for a minute."
Scheibe called 911 at 12:30 E.T., Lemma said.
On a 911 call recording released by police, a woman can be heard telling authorities: "He's inside my house breaking all my (things) because I asked him to leave."
The woman then says to someone at the house, "I'm doing this again? You just broke my glass table. You just broke my sunglasses and you put your gun in my freaking face and told me to get the (expletive) out."
A man is heard telling her to calm down, but then she tells the dispatcher that the man just pushed her out of the house and locked the door.
On a separate 911 call, a man calls to report that his girlfriend was "for lack of a better term, going crazy on me" and throwing his things out. The caller says the woman is outside with police.
When asked why he is calling, the man says, "I just want everyone to know the truth."
He says he never pulled a firearm and that it is in a bag, locked. He claims she was the one who broke the table.
When deputies arrived at the house, Scheibe gave them a key. When they pushed open the door -- which was blocked by several small pieces of furniture -- they found Zimmerman, who was sitting and unarmed, Lemma said. He was passive and cooperative, Lemma said.
The sheriff's office was seeking a search warrant to look for two guns deputies believed were inside the home, he said. According to the police report, Zimmerman had locked up the guns before police arrived.
Recent contact with authorities
This is one of several brushes that Zimmerman has had with law enforcement since he was acquitted this year of murder and manslaughter in the 2012 shooting death of teenager Trayvon Martin.
Earlier this month, police in Lake Mary, Florida, said no charges would result from an alleged domestic dispute in September between George Zimmerman and his estranged wife, Shellie Zimmerman.
Shellie Zimmerman said in September that she has doubts about his innocence in the Trayvon Martin case.
Since his acquittal in the Martin case, Zimmerman also has been stopped for speeding twice. He was pulled over the first time in Forney, Texas, in July and told the police officer he had a concealed weapon permit and a gun in his glove compartment. The officer wrote on his incident report that he gave Zimmerman a verbal warning.
Zimmerman was pulled over in early September going 60 mph in a 45-mph zone in Lake Mary and received a $256 ticket. He was not carrying a weapon at the time.
National headlines
Zimmerman fatally shot Martin in the Sanford neighborhood where Zimmerman and Martin's father lived in February 2012. Zimmerman, who is Hispanic, had a confrontation with the unarmed African-American teen after calling police to report a suspicious person, and he said he shot Martin, 17, in self-defense.
Zimmerman was acquitted by a six-person jury in July on second-degree murder and manslaughter charges.
The high-profile case sparked a heated nationwide discussion of race as well as debate over Florida's "stand your ground" law.
His attorney in the murder trial, Mark O'Mara, no longer represents him.
Zimmerman's wife has doubts about his innocence

Re: George Zimmerman charged with felony after allegedly pointing gun at girlfriend

» DC Rioters charged with Felony's...
» 71% of Democrats Want Hillary to Run Even if Charged with a Felony
» Obama Files Federal Charges Against George Zimmerman Following Acquittal in Shooting Murder of Trayv
» On the tongue of his girlfriend .. Learn about new details about the attack port "Las Vegas"
» Voter Fraud is a Felony