Johnson warning the British: We have 3 weeks ahead and we become like Italy in the Coruna outbreak

Johnson warning the British: We have 3 weeks ahead and we become like Italy in the Coruna outbreak

[size=36]Johnson warning the British: We have 3 weeks ahead and we become like Italy in the Coruna outbreak[/size] 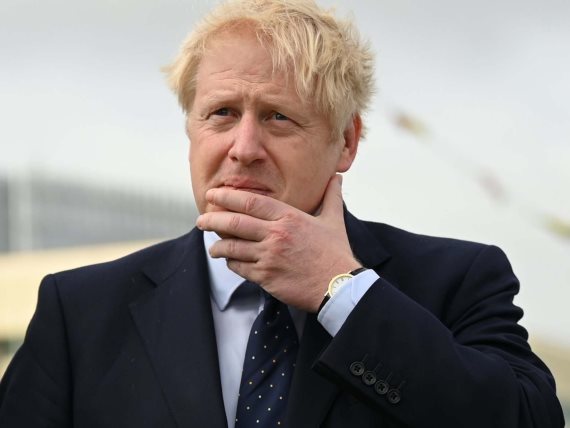 Baghdad - Mawazine News
, British Prime Minister, Boris Johnson, confirmed that "the UK is currently separating it for 3 weeks at most from the case similar to the one that Italy is currently living in due to the Corona virus crisis."
Johnson said, in an interview with British newspapers, that "Britain is two or three weeks away from the situation in Italy, the first country in the world in terms of the number of deaths from the Corona virus, according to the newspaper" The Sunday Telegraph. "The British
Prime Minister ordered the doctors By giving priority to patients who have the best chance of survival, adding that the accelerated pace of injuries and deaths carries the National Health Authority beyond its capacity,
and in Britain, as of Sunday night, there were 5018 confirmed cases of the new Corona virus, including 233 deaths.
Yesterday, Saturday, the British government asked 1.5 million people who live in the country and are considered the most vulnerable to the new Corona virus, to stay in their homes for 3 months, stressing that a phone line will be allocated to help those who need it most, and it will also be possible to deliver medicines And items to the homes of isolated people.
British Prime Minister Boris Johnson also asked cafes, bars and restaurants throughout the UK to close, starting last Friday evening, until an indefinite period, to help slow the spread of the new Corona virus outbreak. Ended 29 / A 43

The British government requires 1.5 million people to stay in their homes for 3 months

The British government requires 1.5 million people to stay in their homes for 3 months

Follow-up / ... The British government asked one and a half million people who live in the country and are considered "the most vulnerable" about the new Corona virus, to stay in their homes for 3 months, after being criticized several times for its "indolent" handling of the crisis.

The British government said in a statement today, Sunday, that "up to 1.5 million people in England have been identified by the Public Health Service as very vulnerable to serious diseases if they contract the emerging coronavirus, they will have to stay at home to protect themselves."

A telephone line will be devoted to helping those who need it most, and it will also be possible to deliver medicines and living items to the homes of the isolated people.

"It will be a worrying time, especially for those who have serious health problems, and that is why we are taking urgent measures to ensure that very vulnerable people take additional steps to protect themselves," said Minister of Communities Robert Genrick.

And Saturday, the British authorities asked residents to act with greater responsibility and avoid emptying store shelves of goods, and limiting movement across the country, to curb the increasing epidemic.

The outbreak has accelerated in recent days in Britain, and residents have rushed to stores and emptied them of basic products, including pasta, canned food, and toilet paper.

And on Saturday, the British National Health Service said that the number of confirmed cases of death from infection with the Corona virus emerging in the United Kingdom, had risen within 24 hours by 56 people, and had reached 233, out of nearly 5,000 infected.

At a press conference on Saturday, Environment Minister George Eustace asked residents to "show a sense of responsibility when you buy your things and think about others." Finished 2

» Finance Minister of the British: the economy is strong enough to be his face challenges ahead
» Johnson uses British law to demand a trade agreement with the European Union by the end of 2020
»  Schulz Warning if Italy is Not Given Aid by the EU The Refugee Crisis Will Explode Again
» Abdul-Mahdi receives a phone call from British Prime Minister Boris Johnson.
» British newspaper: America's policies will lead to the outbreak of new wars