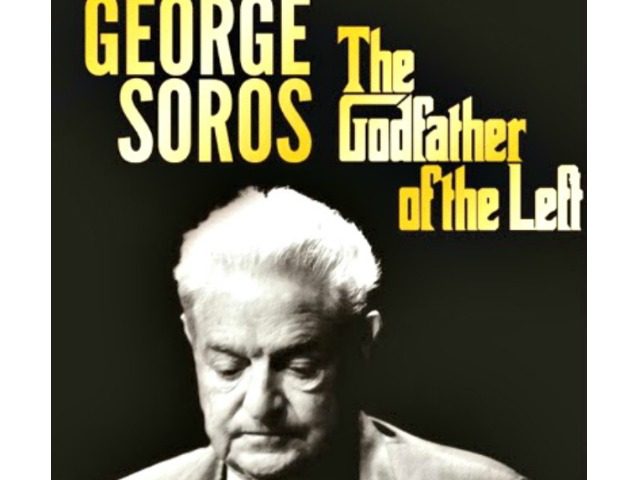 Employees of a hedge fund founded by the king of the Institutional Left, billionaire and Democratic Party mega-donor George Soros, donated tens of thousands of dollars to top Republicans who fought against President Donald Trump in 2016, donation records compiled by the Center for Responsive Politics show.

Soros Fund Management, a former hedge fund that serves now as an investment management firm, was founded by progressive billionaire George Soros in 1969. It has risen to become one of the most profitable hedge funds in the industry. Employees of the firm are heavily involved in backing political candidates giving millions upon millions to groups that were supporting failed 2016 Democratic presidential nominee Hillary Rodham Clinton for the presidency.
But more importantly, perhaps, than the unsurprising giant lump sums of cash funneled into Democratic Party and Clinton coffers is the revelation thanks to the Center for Responsive Politics that employees of the Soros firm—now run by his son Robert Soros—pumped tens of thousands of dollars into the campaigns of top anti-Trump Republicans over the course of 2016.
In total, executives with the Soros-founded company pushed $36,800 into the coffers of these GOP candidates just this past cycle. That does not include Super PACs or campaign committees, which saw tens of thousands of dollars more. While these numbers for Republicans pale in comparison to the millions upon millions poured into Democratic groups, causes, and candidates, it is significant that Soros executives are making a play inside the GOP. Perhaps even more significant is the type of Republican they aim to prop up: pro-amnesty, pro-open borders on trade, and generally speaking anti-Trump. A pattern emerges when looking at the policies of the Republicans that these Soros Fund Management executives support financially.
The biggest recipient of Soros-connected cash in the GOP was none other than House Speaker Paul Ryan, who repeatedly attempted to undermine Trump over the course of the election. According to the records available online, the Soros firm’s workers gave $10,800 to Ryan. Included in that are [url=https://www.opensecrets.org/indivs/search.php?&name=&employ=Soros Fund management&cand=&state=&cycle=2016&soft=&zip=&sort=R&page=2]two separate[/url] [url=https://www.opensecrets.org/indivs/search.php?&name=&employ=Soros Fund management&cand=&state=&cycle=2016&soft=&zip=&sort=R&page=3]May 2, 2016, donations[/url] from David Rogers, a then-employee of Soros Fund Management who lives in New York City. Rogers left the Soros Fund Management firm right around that time.
Bloomberg reported in late April 2016, just before these two separate donations to Ryan;

David Rogers and Joshua Donfeld, two portfolio managers at billionaire George Soros’s family office, are leaving the firm over disagreements with its new chief investment officer about the direction of global markets, according to people with knowledge of the matter. Rogers, a protege of Soros’s former chief investment strategist Stan Druckenmiller, managed a portfolio of about $3 billion at the $28 billion Soros Fund Management, said the people, who asked not to be named because the matter is private. Rogers, 38, made his name as a commodities trader, while Donfeld, 40, focuses on stock investing, said the people, adding that both men are expected to leave the family office next month.