Global central banks are gearing up to avoid risk

Global central banks are gearing up to avoid risk

[size=32]Global central banks are gearing up to avoid risk 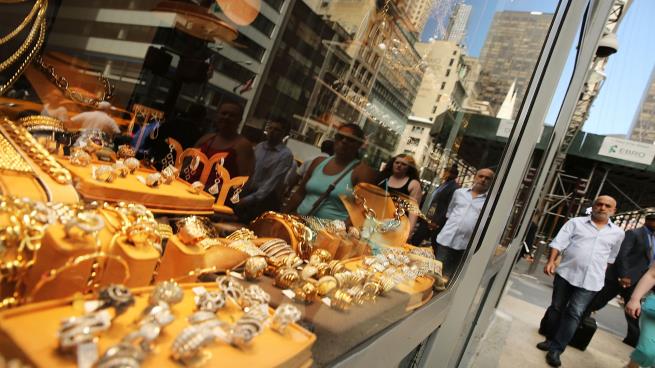 [size][size][url][/url][/size]
[/size]
Central banks and the international monetary institutions have been quick to acquire more gold as risks to the international economy increase, the continuing trade war between Washington and Beijing, and the IMF's warnings about a decline in global growth.
World Gold Council data released this week showed that central banks, especially emerging markets, bought the yellow metal last February at the highest pace since October 2018.
According to the data, central banks increased their holdings of gold by about 90 tons during the first two months of 2019, up from 56 tons in the same period of 2018. Net purchases of gold by central banks in February reached 51 tons, Metal in the current year so far to 90 tons.
Nine central banks managed to significantly increase their gold reserves in February, compared to 10 banks in January. Despite strong changes in gold purchases by countries, the list of the top 10 countries in the world's gold reserves remains the same.
According to the buyers' map, Russia, China, Qatar and Kazakhstan were the top buyers of yellow metal. Russia bought 31.2 tons of gold in February after boosting its reserves by 6.2 tons in January. Russia increased its gold reserves in March by just over 30 tonnes to a total of about 19 percent of its cash reserves, which had previously set a target of over 500 billion dollars.
According to the World Gold Council, Russia's gold reserves stood at 2150.5 tons in March, ranking sixth in the world after America, Germany, the International Monetary Fund, Italy and France.
Data released two days ago by the Russian Central Bank showed total reserves of $ 487.8 billion at the beginning of April, the highest level since March 2014.
Rising oil prices helped boost Russia's cash reserves, which seek to hoist the precious metal away from the dollar. According to observers, Moscow is afraid of new US sanctions affecting its cash reserves abroad, so it rushed to acquire gold.
After Moscow, China is buying 10 tons of gold to add to its reserves by the end of February, down from a 11.8-ton January purchase.
Kazakhstan increased its purchases of gold by about 3 tons in February, after buying 2.8 tons in the previous month.
Qatar, the Arab country, bought the most precious metal by the end of February by buying 3.1 tons after buying 6.3 tons in January.