Athletics-Russia running out of time for Rio, says Pound

Athletics-Russia running out of time for Rio, says Pound

Athletics-Russia running out of time for Rio, says Pound
LONDON | By Martyn Herman 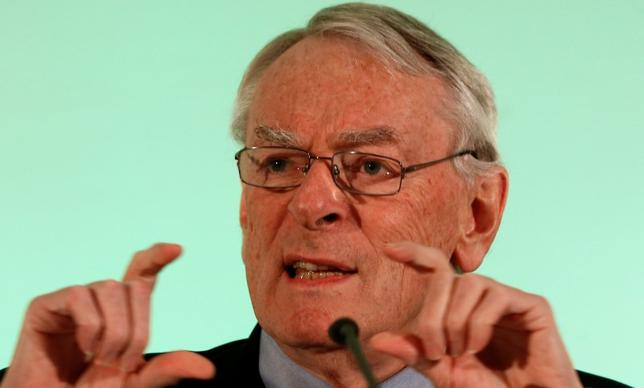 
Athletics superpower Russia is running out of time to eradicate doping and may not be able to send a track and field team to this year's Rio Olympics, Dick Pound, chair of the World Anti-Doping Agency (WADA) independent commission, said on Wednesday.

"There seems to be some evidence that they're just changing deck chairs on the Titanic," he told an anti-doping conference.

Russian athletes were banned from international competition after a report by Pound's commission revealing widespread doping and corruption with involvement from Russian and international athletics officials.

Sweeping reforms of Russian athletics authorities were ordered to enable the ban to be lifted.

"My guess is Russia may not make it back for Rio. The IAAF and WADA are not going to risk their reputations by rolling over and playing dead," Pound said, referring to the sport's world governing International Association of Athletics Federations.

Amongst the claims in Sunday's ARD program were that Russian coaches suspended in the worst corruption and doping scandal to hit the sport were still working in athletics, while others continued to provide banned substances to athletes.

"We said to them at the time if you stop complaining about the (WADA) report you have a chance. Whether their progress is sufficient enough? I don't think they are devoting all their time and energy into getting where they ought to be.

"We knew it would be a stretch for them but if they devoted themselves, heart and soul, to getting it done, it would be possible. Yet here we are four months later and I think somehow they must have convinced themselves that it would go away.

"Clearly it's not going to go away. Neither WADA nor the IAAF are going to buy a band-aid solution," he told Reuters.

The ARD reports in recent months on doping in Russian sport were based on information provided by whistleblowers Vitaly Stepanov, who formerly worked for Russia's anti-doping agency, and his wife Yuliya, an 800 metres runner banned for doping.

WADA chairman Craig Reedie, who also addressed delegates, said he had appealed to the IAAF and the International Olympic Committee to allow Yuliya to compete as an independent athlete in Rio.

Reedie said that contrary to media reports, WADA had also offered financial support and relocation to the Stepanovs who currently live in an undisclosed location outside Russia.

"For the record, I, WADA and the anti-doping community are very grateful," Reedie said.

Branded as traitors at home, Vitaly, Yuliya and their young son have been in hiding since the documentary aired in December 2014. They have changed residences nine times and are living under assumed names.

"Without them it would have been a case of 'Niet, not possible, it's lies'. They gave us hard evidence," Pound said.

Russia, a superpower of the sport alongside the United States, will be allowed to return to competition, including August's Rio Olympics, when it proves to WADA and the IAAF that it has met a series of conditions regarding its anti-doping operation.

Although Reedie said Russia was co-operating, the key was an agreement for the country to fund two independent experts to rebuild its tainted anti-doping unit (RUSADA).

The doping and corruption scandal is amongst the worst in athletics history and has put into question lucrative global sponsorship deals as well as results and medal awards in past international competitions.

Reedie said more investment was needed in clean sport, saying WADA was 'punching above its weight' on a budget of $30 million, about the same amount as a top tennis player can earn in endorsements each year.

"When you look at the damage being done to athletics, the damage to sport, I just wonder why very well resourced commercial companies might not think an investment in clean sport might pay dividends," Reedie said.

"Nike know where I am, as do Adidas."

»  The British Pound – Is it Time To Kill the Pound?
» Soros Lost Big on the Pound This Time
» Chia is one of the best self-reliance and survival foods pound per pound that money can buy.
» for the first time .. Russia goes beyond Saudi Arabia in oil production
» Russia reveals for the first time its treasures hidden "for the black day"