Putin to pursue sponsors of terrorism

Putin to pursue sponsors of terrorism 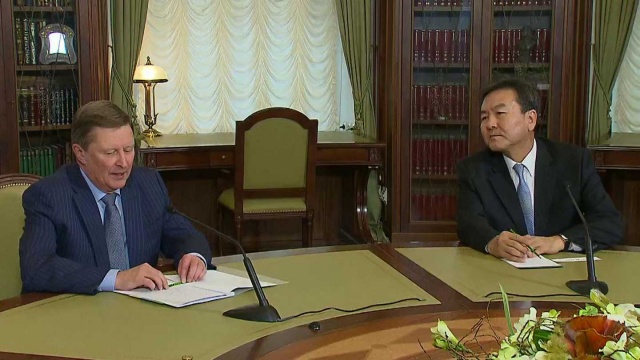 Today took place the meeting between the head of the presidential administration, Sergey Ivanov, and the head of an international organization which is engaged in the fight against money laundering, Shin Jae Young. The main topic of discussion was the problem of the financing of terrorism, and primarily, the terrorist organization ISIL. It seems that there is anticipation for what will be Russia's response to the blown up plane over the Sinai Peninsula.
After the information from the black boxes of the fallen plane had been decrypted, there was no doubts that the plane was blown up. The evacuation of about 80 thousand of our citizens from Egypt and the exportation of Luggage separately from passengers is underway. All this immediately after receiving the first data from the flight recorders.
An interesting point is that ISIS has already claimed responsibility for the bombing, but officials dismissed these statements, so they fell on deaf ears. This happened not only because it was too early to make any statements, but also because everyone understands that terrorists can't plan such an attack by themselves without intelligence, isn't it possible that ISIS had help? They are created by intelligence, and supported and financed by specific countries. Our intelligence services knew all that, like many reasonable people, but have to play by the rules in force in the international arena.
We have long suffered by turning a blind eye to the atrocities taking place in Syria, and the imaginary rivalry between the U.S. and the coalition of 60 countries, this "world of evil" created by their own hands. Even by joining the Syrian war, we still continued to play by the rules and even tried with the organizers of all this lawlessness to establish "cooperation". But now, after more than a month, the coalition still consists of the same friendly countries of Syria that have supported  her throughout the conflict. New candidates were not and are not expected in the future...
The probability that the plane over the Sinai was shot down in response to the Russian operation in Syria is very high. We can say 90% that this is so. And such an act from the "world elites", in fact, automatically negates some of the earlier rules, which Russia adhered to. More specifically, the closing of eyes to the project of these elites, under the name of "ISIS”. 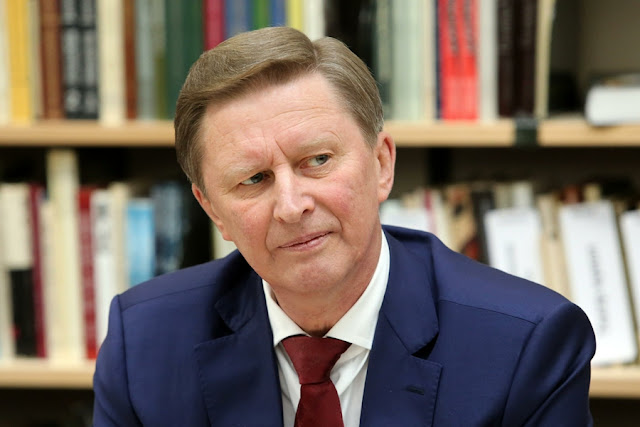 Read carefully what was said today by Sergey Ivanov:

"At the initiative of the United States of America and the Russian Federation, a study has been conducted on the sources of ISIS’ financing . It would be nice if such a study was not the final point of collaboration, but was, on the contrary, the impetus for further and practical actions to identify particular States, individuals and legal entities engaged in the financing of ISIL.”

So, point by point:
1. Russia is conducting a study of funding sources in cooperation with the United States. Why? Why not by yourself, because we now all sources are known, why do we need the United States? The United States is, in fact, the organizers of the project "ISIS" and most likely downed the plane.
Let's talk about the organizers of the project called "ISIS": the US and the UK. Other major financial backers are Saudi Arabia and Qatar. Maybe the UAE and Kuwait could also take part in it, because the pipeline via Syria and Iraq would benefit all countries of the Arabian Peninsula. 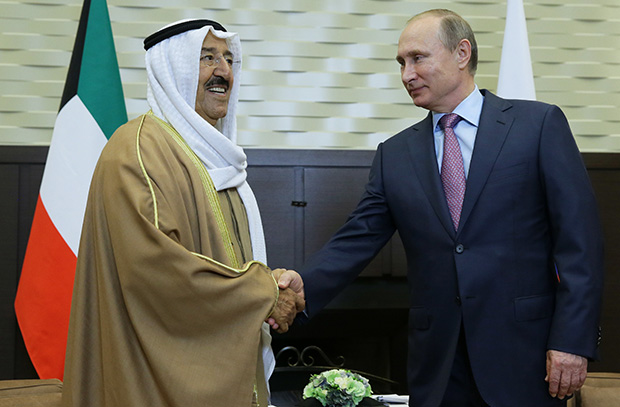 The Emir of Kuwait recently visited Russia at the invitation of President Putin. The negotiations lasted more than two hours. It seems that they "agreed", perhaps, and their participation in the support and financing of terrorism has not been as active. This visit, incidentally, serves as another confirmation of the fact that the eyes of the Kremlin is now facing the Arabian Peninsula.

Why did Ivanov makes this statement:

"At the initiative of the United States of America and the Russian Federation has already conducted a study on the sources of financing ISIS..."

Here are two options: 1) "playing the fool", they say let's be "partners”; 2) Direct agreement, you do not interfere with us, we introduced you to the organizers and financial backers of ISIS. I lean more towards the first option because the second follows from it and the US "will understand"...

2. Analysis of the second part:

"It would be nice if such a study....was, on the contrary, the impetus for further and practical actions to identify particular States, individuals and legal entities engaged in financing the ISIL"

I.e. the question about ISIL and its relationship to the “world of evil” and the need to fight it is not put on the agenda . Putin and his team need to know who stands over ISIS and who finances it. Regarding the organizers, based on the fact that one of these "organizers" participated with us in "the investigation", we can conclude that we are talking about Arab countries.

The second point, the phrase: "to identify particular States, individuals and legal entities engaged in financing the ISIL", says that all is already known! Yes, indeed, and always was known. And we are not talking about some corporations, international organizations, and entire countries but with specific individuals and legal entities, which certainly is one of the highest leadership positions in these States. 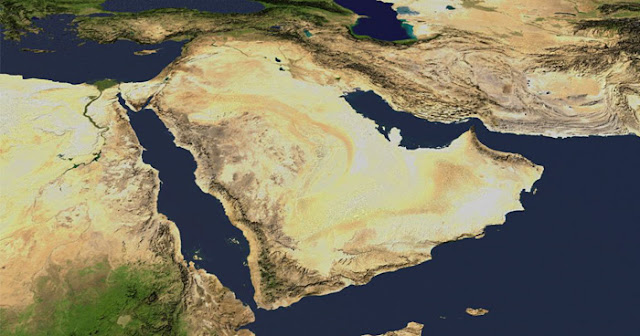 Looks like the game is up for the Sheiks. Their brazen behavior and sense of impunity has allowed them almost openly fund terrorism, killing hundreds of thousands of people. Often they were generous with threats against Russia. Why? Because they were funded by the USA. But the trouble is that the United States has now become a "partner" of Russia in the "investigation". Here's the thing:
In a week, there will be a G20 summit in Turkey and Sergey Ivanov made a statement that:

"... leaders will seriously discuss the issues related to the financing of terrorism, and above all financing ISIL".

For Sergei Ivanov, there is also a bone to pick with the Arab countries. In 2014, in the UAE, his son drowned. It may, of course, have been an accident, but who knows... But Ivanov, I think, knows exactly what happeneda…
What about the USA and its relations with allies in the Arabian Peninsula? Firstly, they are interested in creating  "controlled chaos" across the Middle East. Secondly, the era of petrodollars is about to end. Soon they can be safely be thrown in the trash. But Russia now puts US in certain positions. They have no other choice.
Putin's silence is never just silence - it is time to understand Western "colleagues". I feel that soon something will begin... 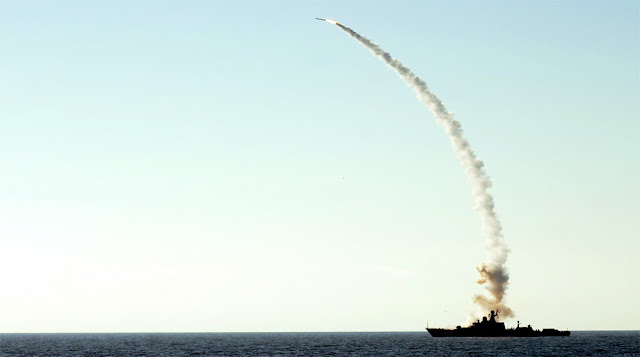