Beijing is betting on Moscow in the face of American pressure

Beijing is betting on Moscow in the face of American pressure 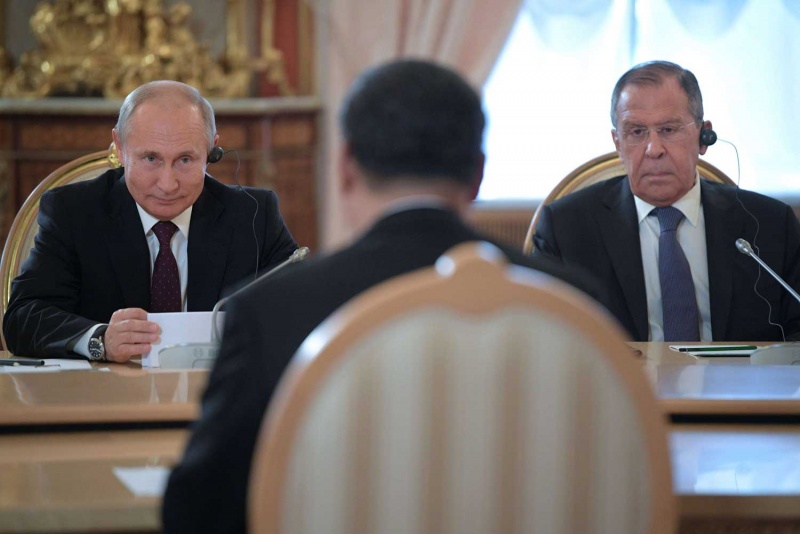 [size=45]China is seeking to strengthen its relations with Russia and strengthen economic partnership amid growing tension between Washington and Beijing and the intensification of trade war between the two countries.[/size]
[size=45]Chinese President Xi Jinping arrived in Russia on Wednesday for a visit aimed at opening a "new era" of friendship and promoting economic partnership.[/size]
[size=45]He is scheduled to hold talks in the Kremlin with Russian President Vladimir Putin, followed by a reception in honor of Jinping and an evening at the Bolshoi Theater to mark the 70th anniversary of the two countries' relations.[/size]
[size=45]Observers believe that the Chinese president's visit to Russia mainly aims to bypass US sanctions and seek new markets away from US pressure by strengthening partnership with Moscow.[/size]
[size=45]Tension between Washington and Beijing has mounted on the backdrop of the administration's approval of new customs duties on Chinese goods and banning Huawei products.[/size]
[size=45]"I am confident that this visit will bear fruit," Xi said when he arrived at Moscow International Airport, where he welcomed him.[/size]
[size=45]He added that the visit comes within the framework of "promoting the development of Russian-Chinese relations, comprehensive partnership and strategic interaction in a new era."[/size]
[size=45]The Chinese president will also be a guest of honor at an economic forum in St. Petersburg, the largest business meeting in Russia and expected to bring 17,000 people.[/size]
[size=45]At the end of talks in Moscow, Xi and Putin will sign a joint declaration on "strengthening bilateral relations, comprehensive partnership and strategic cooperation, entering a new era."[/size]
[size=45]Russia, which has suffered a severe blow to European and US sanctions in 2014 against the background of the Ukrainian crisis and the Crimean annexation, is trying to "move away from the European market towards the Chinese market," Russian analyst Alexander Gaboyev said.[/size]
[size=45]China has also become a "very important investor" in the Russian economy and a loan provider to Russia, while other international players have withdrawn, mainly because of the sanctions.[/size]
[size=45]On the other hand, it appears that the political understanding between these two permanent members of the UN Security Council, which often vote similarly in its meetings, is stable.[/size]
[size=45]"The positions of Russia and China are very close, or quite compatible with most of the international issues," he said, such as North Korea's nuclear program, the conflict in Syria, the Venezuelan crisis and Iran's nuclear deal. The files will be present at the two presidents' talks during the visit.[/size]
[size=45]Among other topics on the agenda of the Putin-Cheney talks are the "Russia-China relations with major Western powers, including the United States."[/size]
[size=45]The two countries are in a tense period of tension with the United States, Russian-American relations are unstable on charges of intervening in the 2016 US election, as well as many other files, including the dispute over disarmament.[/size]
[size=45]A raging trade war between Beijing and Washington did not seem to have an end and would have major effects on the global economy.[/size]
[size=45]Talks between the two countries seem to be aimed at "reaffirming mutual support and ensuring that Russian-Chinese relations are not affected by changes in the international situation."[/size]
[size=45]The Arabs[/size]

» BEIJING - Beijing is waving a bill of tens of billions in the face of Washington
» Trump is grateful to Moscow and Beijing
» An American vision for Al-Sadr's approach to Washington's priorities and betting on it
» From words to deeds: Tehran-Beijing-Moscow Axis changes everything
» US report: Washington, Moscow and Beijing are competing for the gas field Mansourieh