Corona" .. more than 100 new infections in 9 Arab countries within 24 hours

Corona" .. more than 100 new infections in 9 Arab countries within 24 hours 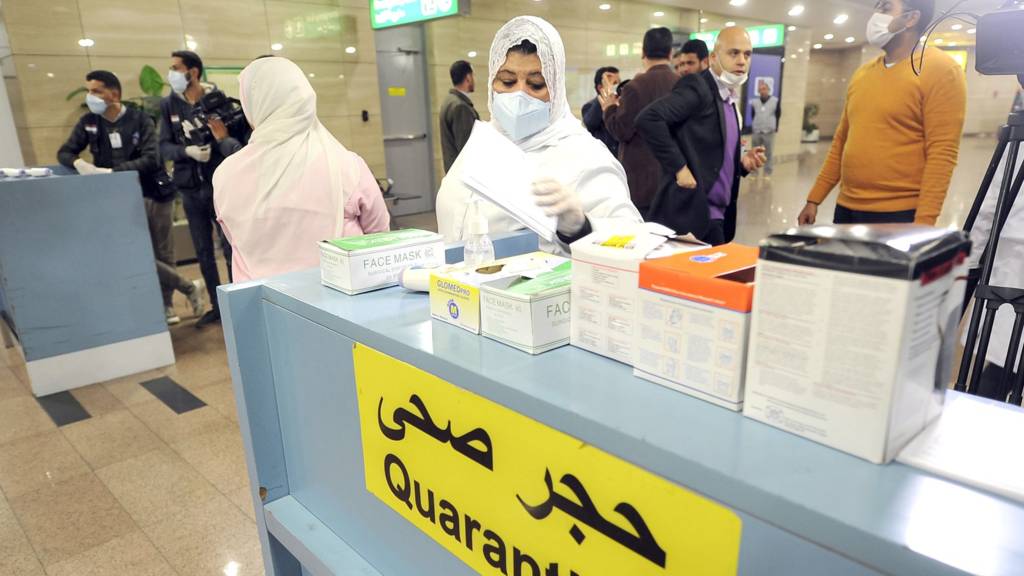 Follow-up - Mawazine News
until Monday night - Tuesday, 9 Arab countries recorded new figures in the number of cases of the "Corona" epidemic, raising the total number of injuries in the Arab countries.
Egypt, which initiated since the beginning of this month to announce the number of HIV infections, announced on Monday night, two new deaths, raised the total number of deaths to 4 cases, and recorded 40 cases of the virus, raising the number to 166, including 26 cases that have been cured.
And in Jordan, which confirmed last Wednesday that its only infected case has recovered, it was announced Monday evening that the number of injuries had risen to 29, after 17 new cases had been registered.
In the Gulf, Saudi Arabia recorded 15 new injuries, bringing the number to 133, 6 recovering from it, in addition to the Sultanate of Oman, which recorded two new injuries, bringing the total number to 24, while recovery cases rose to 3.
In Lebanon, the Lebanese Minister of Public Health, Hamad Hassan, announced, in televised statements, the registration of 11 cases, bringing the injuries to 120.
Foreign and Arab countries have allocated huge budgets of billions of dollars
in connection with
billions of dollars .. Learn about the budgets allocated to combat "Corona" Arab and international
in Iraq , 9 cases were recorded, the total was raised to 133, of which 32 were cured and 10 deaths. Morocco announced, 9 new infections were recorded, bringing the number to 37. And
, Maghreb, Algeria monitored 5 new injuries, bringing the total number to 60 cases, and in Tunisia the number of injuries increased To 24, after recording 4 new cases, according to statements by Prime Minister Elias El-Fakhakh .
In Morocco, the Ministry of Health announced that, on Monday night-Tuesday night, 9 new infections were reported, bringing the total number to 37, one person recovered, and another died (an elderly coming from France).
As of Monday, Corona had infected more than 181,000 in 162 countries and territories, of whom more than 7,000 had died, most of them in China, Italy, Iran and Spain.
The spread of the virus on a global scale has forced many countries to close their borders, stop flights, cancel several events, and prevent gatherings, including group prayers. Ended 29 / A 43