A Russian ship again made a close approach to a U.S. Navy ship in the Mediterranean Sea in an encounter that American officials are labeling "unprofessional."
On Thursday, the Russian frigate Yaroslav Mudryy came within 150 yards of the guided missile cruiser USS San Jacinto -- two weeks after the same Russian ship came within 315 yards of the American destroyer USS Gravely.
The USS San Jacinto was operating near the aircraft carrier USS Dwight D Eisenhower in the eastern Mediterranean Sea, where it is conducting flight operations against ISIS targets in Iraq and Syria.
According to Captain Danny Hernandez, a spokesman for U.S. European Command, the Yaroslav Mudryy positioned itself about 650 yards from the American cruiser. "Then, Yaroslav Mudryy repeatedly informed San Jacinto over VHF radio of its intended course, as the Yaroslay Mudryy maneuvered towards and unnecessarily close to USS San Jacinto before turning away," said Hernandez.
According to a defense official, the Russian frigate came within 150 yards of the USS San Jacinto. The Yaroslav Mudryy then maneuvered within San Jacinto’s wake, though at much farther distance of approximately 3,000 yards behind the cruiser, the defense official said. 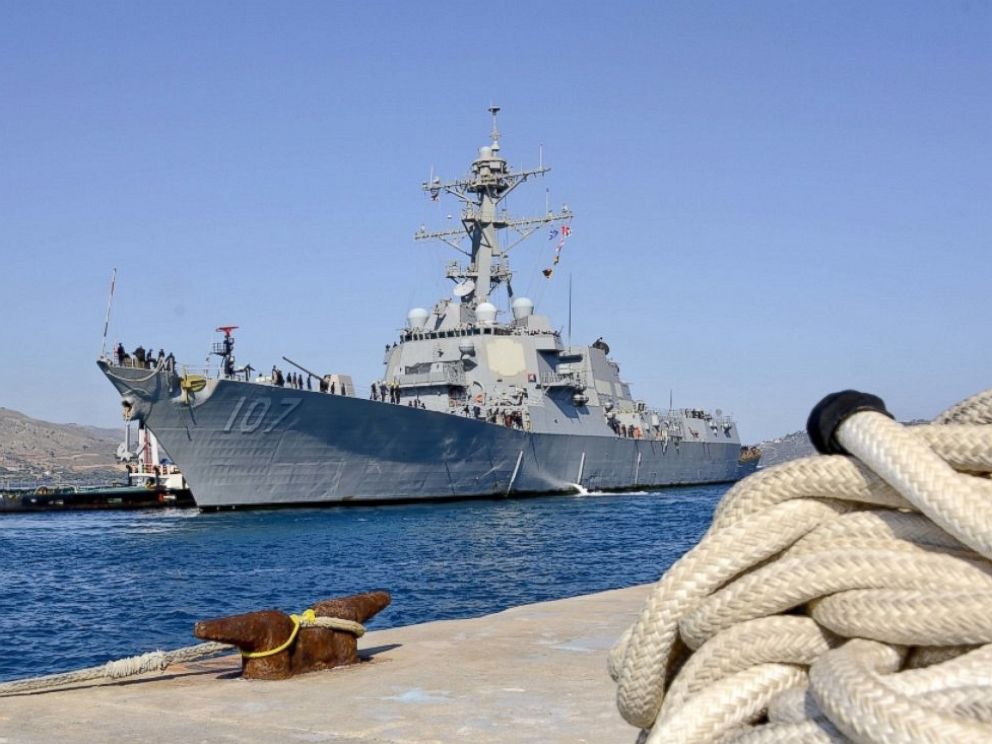 "San Jacinto was never threatened by the erratic maneuvers, as San Jacinto maintained course and speed. But the closing distance by Yaroslay Mudryy before the ship turned away from San Jacinto is considered a high-risk maneuver, highly unprofessional, and contrary to international maritime regulations," said Hernandez.
"Conducting aggressive, erratic maneuvers and moving unnecessarily close to another ship in open ocean is inconsistent with prudent seamanship," he added. The commander of the San Jacinto determined that the Russian frigate's actions were "unprofessional when it maneuvered unnecessarily close to USS San Jacinto." But its later actions were judged to have been "routine, safe and professional."
However, the Yaroslav Mudryy's close encounter on June 17 with the USS Gravely was judged to have been "unsafe and unprofessional," as it came within 315 yards of the American destroyer while weaving in and out of its wake. In addition to the close approach that day, the Russian ship had earlier flown international signal flags that indicated it was not maneuvering, according to officials, and one official speculated that that may have been a way to draw the American destroyer to its position.
The Russian Defense Ministry released video to make its case that it was the Gravely that had acted unprofessionally. However, a U.S. official said that the video was a case of selective editing since it was the Russian ship that was weaving in and out of the Gravely's wake. U.S. European Command said the Russian vessel's actions that day were intended to intentionally disrupt the operations of the nearby aircraft carrier USS Harry S Truman.
"We are concerned every time an unprofessional ship maneuvers occurs," said Hernandez. "These actions can unnecessarily escalate tensions between countries, and could result in dangerous miscalculations or accidents."
http://abcnews.go.com/International/us-close-call-russian-ship-mediterranean/story?id=40287236