By Gareth Davies For Mailonline
Published: 12:17 EST, 3 February 2017 | Updated: 14:16 EST, 3 February 2017
Germans have been arming themselves with illegal guns and grenades to protect themselves from migrants.
A website calling itself Migrant Fright was discreetly selling what it describes as first-class quality goods so that its customers can avoid 'annoying bureaucratic hurdles or annoying paperwork'.
The website has since been closed down, but Germans who have already received the weapons in the post, are practicing firing the guns in their back gardens in preparation for potentially aiming it at a prospective terrorist. 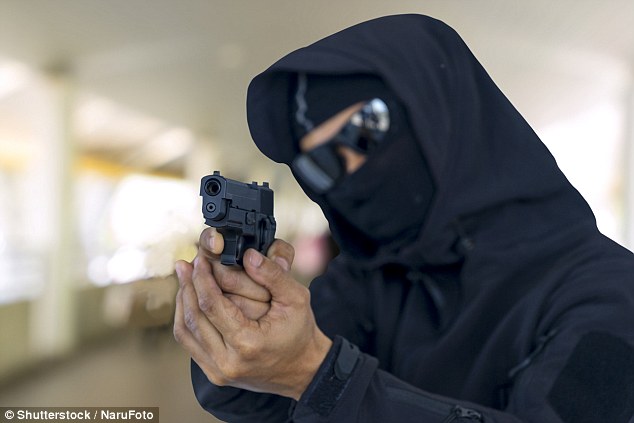 +3
Germans ordered the weapons from a website calling itself Migrant Fright which delivered
The now-defunct website, seen by MailOnline, carried a mission statement that read: 'Protect yourself and your family.
'We offer first-class quality goods, discreetly sent, at a fair price.
'Without annoying bureaucratic hurdles or annoying paperwork.
'Simply order, pay conveniently and receive the delivery.
'Simple, fast and discreet - that is the motto of Migrantenschreck.'
Various packages were available to customers, ranging from €7.99 to €799, and includes guns, grenades and ammunition.
Professionals, including doctors, were getting the deadly weapons delivered to their workplaces, according to Sued Deutsche.
http://www.dailymail.co.uk/news/article-4189214/Germans-arming-illegal-guns-grenades.html
Read more: http://www.dailymail.co.uk/news/article-4189214/Germans-arming-illegal-guns-grenades.html#ixzz4XknoObSk
Follow us: @MailOnline on Twitter | DailyMail on Facebook

» Germany: Migrants In, Germans Out - YOU ABSOLUTELY DO NOT WANT TO KNOW WHAT I AM THINKING
» Australia tightens procedures for "illegal" migrants
» Worst ever computer bug: Tech panic spreads as governments & industry rush to protect Internet!
» Trump pledges to protect the children of illegal immigrants in this case Sunday 20 January - + Searc
» Under Secretary Clinton, U.S. Permanently Resettled 31,000 Somali Migrants … 680,000 Migrants from M