All your favorite Dinar stories in one place KTFA:

All your favorite Dinar stories in one place KTFA:

All your favorite Dinar stories in one place 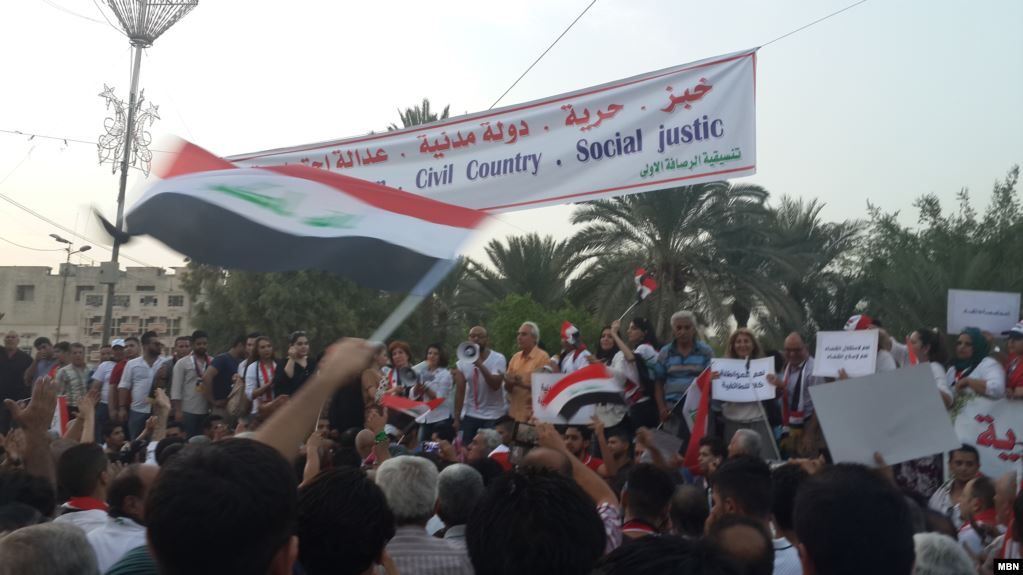 Tivon:  Well I am assuming here that of course taking just 5 days to cancel the currency auctions and move to an market economy is insufficient and should start today to get the ball rolling for foreign investors and maintaining the currency value.
Common sense should tell us if the Baghdad International Airport is opening officially today for citizens and travelers they could not do this without a conversion rate.
So I am highly doubtful we will be waiting no more then a few days to actually see a reinstatement if not today.
It's not even 1pm in Iraq so once our markets open we should see a new rate in order for Iraq to see movement on the opening files of corruption  and eliminating unemployment.
Because it does not take 15 days to change a rate. So let's hope these demonstrations are actually turned into a celebration which can happen in a few hours from now IMO.
***************************
Samson:  Demonstrators prevented access to the Green Zone and cut the bridge of the Republic
2019/10/1 11:31
Security forces have prevented demonstrators from reaching the Green Zone in central Baghdad.
Authorities closed the al-Jumhuriya bridge to Khadra and prevented demonstrators who refused to perform the government from reaching the area.

The capital Baghdad and the provinces today witnessed popular demonstrations demanding services and fighting corruption and providing job opportunities and is scheduled to peak after three o'clock in the afternoon.   LINK
***********************
Samson:  Al-Humaidawi calls for the need to support tourism companies to promote this sector
2019/10/1 12:18
Member of the Committee on Culture, Information, Tourism and Antiquities in the House of Representatives MP of the opposition wisdom bloc, Ali al-Humaidawi, to the need to support tourism companies and overcome obstacles facing them in order to promote the reality of tourism in the country.
Al-Humaidawi listened according to a statement to his office received by the Euphrates News Agency during the meeting held in the building of the Ministry of Culture, Tourism and Antiquities in the presence of the head of the Tourism Authority and a number of officials in the ministry to the complaints and grievances of the owners of tourism companies, expressing his readiness and the Commission to cooperate to remove these obstacles and suffering That limit the development of tourist reality."

Al-Humaidawi stressed that "all parties should join forces to promote and develop tourism because it is an important source of financial revenues for the state treasury."   LINK

Courtesy of Dinar Guru
Frank26   ...we're putting everyone on red alert...the lower denoms have been given the approval to be distributed among all the Iraq banks - to the citizens once the rate changes...
***********************
TNT:
Sand3:  Gm everyone if the US is holding this up there are mumbling over there that citizens are saying we are holding up there prosperity……. that comes from a fellow graduate that lives in UAE
Natok: Sandy, lot of smoke out there to cover it up, just saying
Sand3:  The organized protest might be what we need but I sure hope it turns out positive
*********************
Tishwash:   Fayyad is in talks in Washington
Faleh al-Fayyad, the national security adviser and head of the Popular Mobilization Organization, is currently in Washington for talks with US officials amid Iranian-US and Iranian-Saudi tensions that have been exacerbated by recent attacks on Saudi Aramco facilities. In addition to major European capitals, Tehran is responsible.
David Hill, US under secretary of state for political affairs, was expected to meet the Iraqi official later yesterday.
Recent Iranian threats to target US interests in Iraq are likely to be at the top of the agenda for US officials to discuss with Fayyad.
The US-led International Coalition to Combat ISIL threatened last week to respond to any attacks on US interests after two mortar rounds landed in the vicinity of the US embassy in Baghdad's Green Zone.
link
rocky 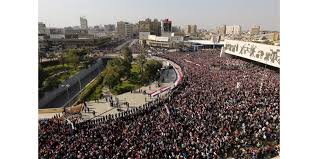 [size]
Orbit Agency -
Baghdad
got 'orbit' demands a demonstration tomorrow , Tuesday (October 1, 2019) which will be launched Bhashtak '# Nazl_lakhz_haka' demands are:

1. declare a real war on corruption and open all the files of corruption and with the help of specialized international bodies to issues of corruption and the enactment of the law where you This
2. Preventing the interference of political parties and blocs in government work, separating political entitlement from government positions and establishing the Federal Service Council
3 - Formation of the Construction Council, which consists of specialists to be responsible for all projects and future plans of the country
4. Really support the private sector, protect the domestic product to eliminate unemployment, move the local economy, maintain foreign currency within the country and open the door for real domestic and foreign investments
5 - Cancellation of the currency auction and the adoption of free market policy
6. To confine arms to the State in a genuine manner and to abolish all armed manifestations and the militarization of society
7- Restructuring all government sectors, especially the service ones, to be real productive sectors
8 - Restructuring and organization of the institution of education and fast and urgent in order to produce a successful educational sector according to international standards
9. Amending the Electoral Law to be a fair law and preserving the rights of all
10. Repeal and amend all laws and legislations that contravene the Constitution and immediately apply the disabled paragraphs of the Constitution and abolish all special privilege laws

[size=30]Frank26: "Last Day of the Fourth Week" 9-39-19[/size]
KTFA:
Frank26:  LAST DAY OF THE FOURTH WEEK 9-30-19
Streamed live 33 minutes ago
This is all in Franks Opinion
F26:  Today is the last day of the month of September……Iraq likes to wait until the last nanosecond.
The CBI is telling the Iraqi citizens something today. Tomorrow is Oct 1 st and the start of Iraq’s Fiscal and financial year. And the start of the ISX going international in trade…..
What does the CBI need to tell the Iraqi citizens?  More Education? About more purchasing power? Yeah
About raising the rate? Yeah. About co-existing? Yeah…And that’s powerful
The lower denoms will co-exist with the currency you have now.
F26:  coexist [ˌkōəɡˈzist] VERB co-exist (verb) exist at the same time or in the same place.
Please listen to full video for all the news……Thank you
Join me tonight at www.ktfalways for all the rest….I have much to share tonight on our Monday night conference call.  7:00PM EST
605-313-5164 PIN: 156996# Playback Number: 605-313-5163 PIN: 156996#
https://youtu.be/qPkVhGB07gk?t=5
Screwball

Re: All your favorite Dinar stories in one place KTFA:

Another flog....still waiting on the isx launch
Sponsored content

Re: All your favorite Dinar stories in one place KTFA: