Congress shoots Trump cards in Iraq: They attack Iran and get out of the water without getting wet

Congress shoots Trump cards in Iraq: They attack Iran and get out of the water without getting wet

[size=36]Congress shoots Trump cards in Iraq: They attack Iran and get out of the water without getting wet[/size] 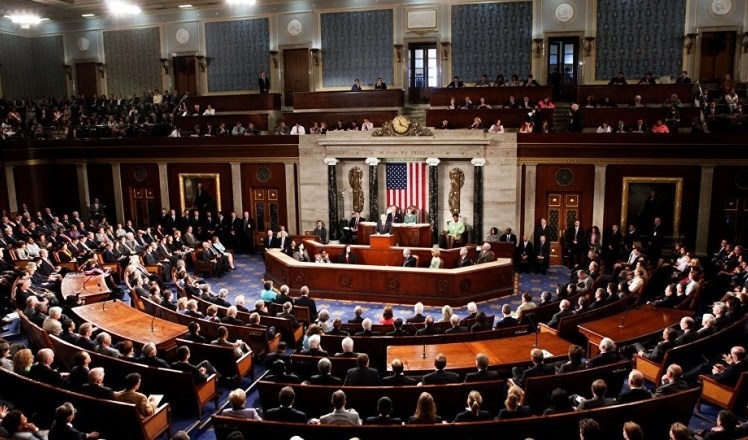 Follow-up - Mawazine News
, the Russian newspaper "Eurasia Daily", published on Friday, an article entitled "Congress shuffles Trump cards in Iraq: They attack Iran and get out of the water without getting wet", about whether the Democrats are encouraging the Shiite factions in Iraq to attack the Washington embassy and the American bases there .
"On March 11th, a military base in Iraq, including US military personnel and their counter-terrorism allies, was bombed. In total, 18 rockets were fired at the base. Three were killed and about ten others were wounded," the article said.
Washington has accused the Hezbollah brigades of launching the attack, although no armed faction in Iraq has yet claimed responsibility for it.
The article continued: "March the eleventh, is the day when the Democratic-controlled House of Representatives voted on a bill preventing the president from launching military action against Iran."
He added: “It is clear that President Trump will use the veto against the initiative of Congress, therefore, this proposal is not expected to become law. According to the controversial bill, neither the US president nor his government minister can initiate military action against Iran without" explicit permission "from Congress ".
"The bill introduced both Democratic and Republican politicians, in January this year, after Iranian General Qassem Soleimani killed an airliner by order of President Trump," he said.
He added: "Now, on the surface, it seems as if the Iraqi factions are taking revenge on the Americans for the killing of their leader and the legendary Iranian general, and if the US Congress prevents the American president from launching military operations against Iran, which are accused of being behind the escalation in Iraq. Even as if the unified" faction " The anti-Trump in Congress is actually encouraging the Iraqi Shiites, and the Iranians behind them, to attack the American embassy in Baghdad and the American bases in Iraq.
The article concluded by saying: "As a result, and because of this internal political division in the United States of America, the situation with the aggravation of the situation in Iraq seems trivial." Ended 6/29 n

» Trump and Pompeo are close to holding Iran responsible for a missile attack in Iraq
» Iraqi Minister of Water Resources: Iran has completely cut off water from Iraq
» U.S. Congress threatens to cut off aid to Iraq in the event of a repetition of any attack on MEK
» U.S. shoots down Syrian army jet in Raqqa amidst attack on Kurdish forces
» Venezuelan soldier shoots protester dead in airbase attack, minister says