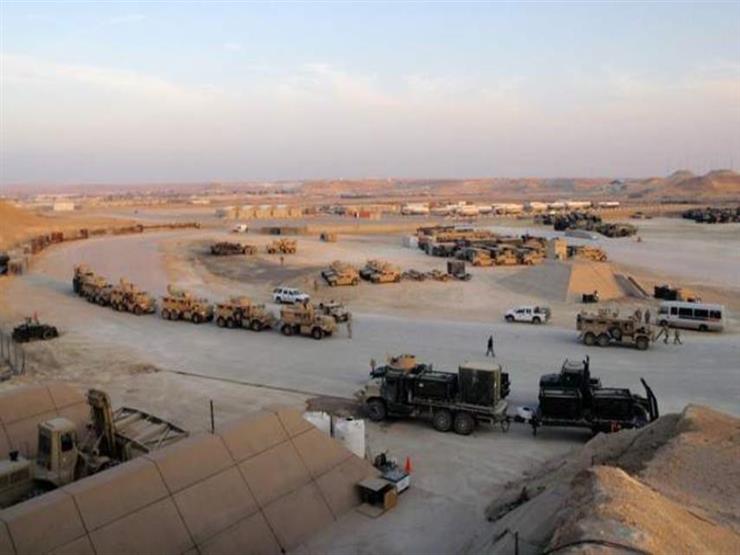 » A leader in Badr: Al-Taji bombing, an American scenario to stoke a crisis
» Parliament responded to the President of the Central Bank: long-revealed official documents and are
» Baghdad governor warns of raising the price of gas cylinders and confirms that Taji bombing will not
» Gas bottle 10K and the governor of Baghdad, threatening to "accounting" greedy and denies the existe
» US report: The Pentagon has retracted a "strict" response to the Taji attack in Baghdad

» Parliamentary Finance: The Food Security Law will be automatically repeated due to the lack of a bud

» Al-Kazemi: Our government has adopted a comprehensive national program to reduce the gaps between th

» More than two billion dinars..a lawsuit against the Ministry of Oil to collect sums owed by Baghdad

»  Parliament will hold a parliamentary session tomorrow, Tuesday.. Victory shows the truth of this cl

» Parliamentary Committee: What was contracted regarding renewable energy is sufficient to operate 8 h

» Tax Authority: What happens to the millions of dollars lost?

» After stopping granting it.. an important clarification from Al-Rasheed regarding the predecessor of

» With “23 axes” .. Al-Sudani announces the priorities of his government and pledges to hold accountab

» State of Law reveals the cabinet of Sudanese ministries: 6 of them are for the Sadrist movement

» Close to Al-Amiri: Promoting the "Coalition of State Administration" was done from one side, and its

» Within the Chinese agreement... Reconstruction promises to complete 100 schools by the end of this y

» Al-Ghazi: We are studying the financing of the suspended train project and the possibility of includ

» Iraq and the European Union... a joint program in 5 sectors

» With a value of $6.5 billion.. Learn about the details of the “environmentally friendly” Karbala oil

» Al-Fath: Al-Kazemi does not believe in handing over power according to legal methods

» A political researcher rules out holding any parliamentary session before October 1: The political s

» Professors in Criminal Law: Iraq is second in the rates of harassment in the region

» Federal planning determines the population of the Kurdistan Region

» The agreement includes amnesty and early elections.. Al-Jubouri sets the date for announcing the "st

» Al-Sudani announces the vision of the next government and confirms: I will be responsible for holdin

» Iranian Foreign Ministry: Iraq is ready to host a new round of talks between Iran and Saudi Arabia

» The text of Al-Kazemi's speech during the Education Transformation Summit

» Integrity: 3 billion dinars worth of contracts marred by forgery and violations in Salah al-Din

» Deputy: It is hoped that the state administration alliance will be officially announced once all pol

» PUK: There is no official alliance, and all government formation moves are only efforts

» Jordan stresses the importance of cooperation and integration to enhance food security with Iraq, Sy

» Jamal Cougar: Passing laws related to financial matters requires the return of the House of Represen

» Leaks: An expected alliance between the framework and former allies of Al-Sadr