Trump: I expect a Russian-Saudi agreement on oil soon

Trump: I expect a Russian-Saudi agreement on oil soon 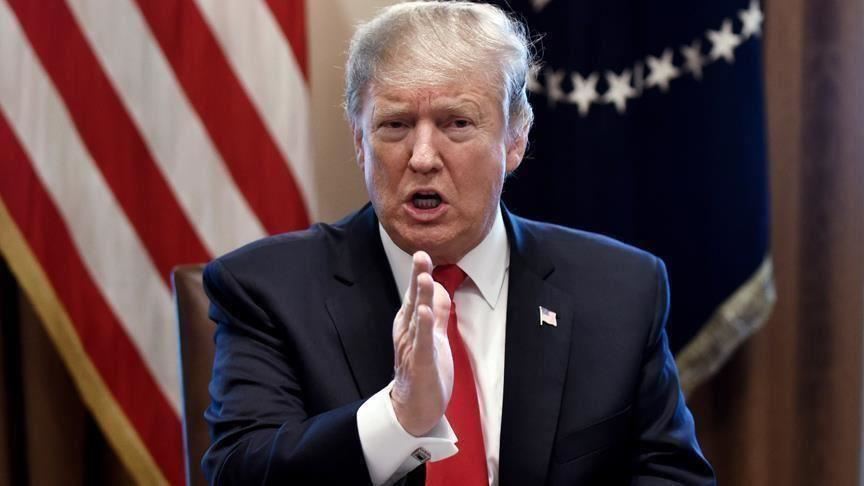 Follow-up - Mawazine News
US President Donald Trump expressed his conviction that Russia and Saudi Arabia will reach an agreement on the current situation in the oil markets "within days," noting that this situation harms both sides.
Trump said during a press conference held on Wednesday in the White House that he was sure of the ability of Moscow and Riyadh to settle the dispute between them in order to reduce the level of production, which would increase oil prices, pointing out that he had held "wonderful talks" recently with both Russian President Vladimir Putin Saudi Crown Prince Muhammad bin Salman.
"The world oil sector is destroyed, and this is very bad for Russia and for Saudi Arabia ... very bad for both of them. I think they will make a deal," Trump said.
Trump added that he had another option to act in order to resolve the situation, if Russia and Saudi Arabia were to fail to conclude a deal, but he did not want to resort to that option, which was not announced its content.
The US President previously told reporters on Tuesday that Moscow and Riyadh were discussing ways to end the "oil price war" between them, adding that he was studying the possibility of joining this effort "at the appropriate time if necessary."
Trump revealed his plan to hold a meeting next Friday with top executives of American oil companies, saying: "We do not want to lose our great oil companies."
These statements come against the backdrop of the expiration of the "OPEC +" deal, which allowed the world's major oil producers to keep oil prices at around $ 60 a barrel over three years, by imposing joint restrictions on the volume of production, and it was not extended due to inconsistencies in the positions of Russia and Saudi Arabia , Which caused a sharp drop in the prices of black gold, due to the decrease in demand for oil in the world due to the crisis of the spread of the Corona virus and Saudi Arabia's increase in production to the maximum.

» Economist: Russian-Saudi agreement will drop the price of a barrel to 40 dollars
»  Russian oil company: the potential for an agreement between Saudi Arabia and Iran to halt oil produ
»  Report: Trump lawyers seek an agreement with "Muller" to speed up the completion of Russian investi
»  Saudi Arabia supports and welcomes Trump's decision on withdrawal from the nuclear agreement
» The PUK is optimistic: We expect an agreement on oil and the outstanding issues