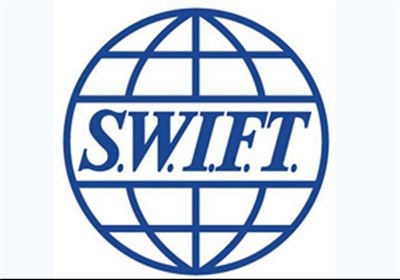 Iran’s Day Bank announced on Saturday that it has officially joined the Society for Worldwide Interbank Financial Telecommunication (SWIFT).


This was announced at an official ceremony held at Day Bank headquarters in Tehran.
Ahmad Shafizadeh, the governor of the bank, said at the ceremony that joining SWIFT in face of sanctions that prohibit financial transactions with Iran has been the result of a lengthy campaign.
SWIFT is a global supplier of secure messaging services and interface software to wholesale financial entities. It is a secure private network used by nearly every bank around the world to send payment messages that lead to the transfer of money across international borders.
In early 2012, SWIFT said it had been instructed by the European Council to discontinue its communications services to Iranian financial institutions that are subject to European sanctions. Accordingly, it blocked 30 Iranian banks from using its service thus literally cutting off Iran from the global banking system.
The decision also hurt ordinary Iranians because SWIFT facilitates minor money transfers, as well. Therefore, many Iranians were no longer able to send money abroad or return any amount due to the same problem.
Iran’s media reported earlier in April that SWIFT has already held a series of “official and unofficial meetings” with Iran’s private banks over the resumption of its services to the country.
Reports added that this came in light of a gradual thaw in Iran’s banking transactions with the world introduced by developments in the country’s nuclear case.
Iran and the P5+1 group of countries – the permanent members of the Security Council plus Germany – are working on a final agreement over the Iranian nuclear energy program.  The agreement – if reached – will lead to the lifting of certain economic sanctions against Iran – including those that prevent banking transactions with Iran – in return for the country’s steps to restrict certain aspects of its nuclear energy activities.
By Press TV
http://theiranproject.com/blog/2015/07/11/irans-day-bank-joins-swift/