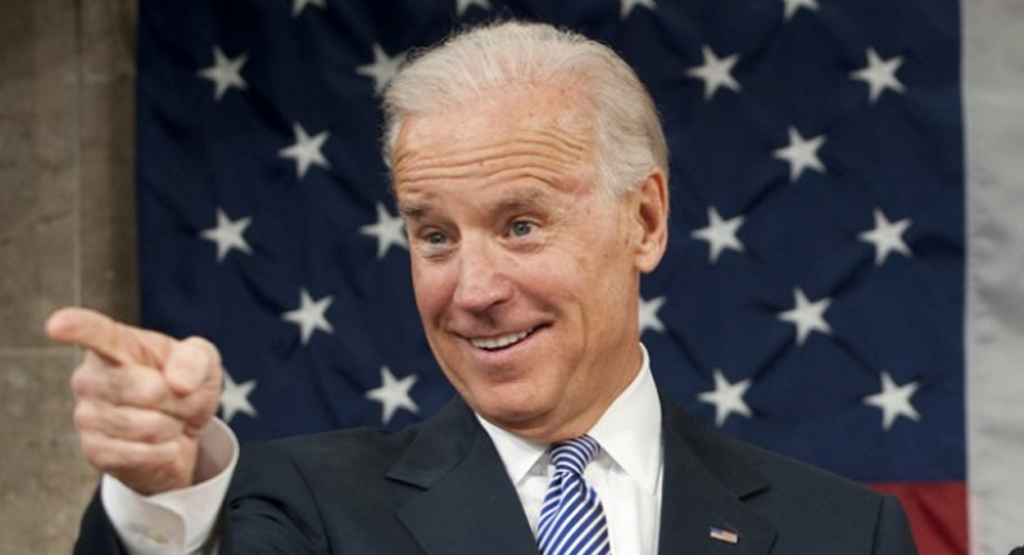 The lefty social engineers, the cultural Marxists, the ardent, militant feminists are completely clueless as they send the US military to its imminent date with the Russian, Chinese, North Korean, Iranian and Islamic State executioners.
Today, Vice President and Master Social Engineer Joe Biden spoke to the 2016 graduating class at West Point.
Biden was quoting from the Valerie Jarrett Manual of Military Destruction, published by Bill Ayers Books in Berkeley.
“Having men and women together in the battlefield is an incredible asset, particularly when they’re asked to lead teams in parts of the world with fundamentally different expectations and norms,” Biden said in his speech at a graduation ceremony at Michie Stadium on the West Point grounds along the Hudson River.
Sure, sounds just dandy. Biden makes serving in a combat zone sound like some kind of Dartmouth College Outward Bound experience, where everyone can dismount from a Subaru Crosstrek, check their emails and then set up some really cool rainbow colored Artic Dome tents before having a cookout of organic vegan food they picked up at a Whole Foods on the way up the mountain.
Obviously, Joe Biden has never shivered in a foxhole at Bastogne, hit the beach at Normandy, stormed the ash laden hills of Iwo Jima, cleared a street in Saigon during Tet, participated in a movement to contact against the Republican Guard or fought to see another day in Fallujah.
I’m sure the GI’s at the Bulge or the Gyrenes at Fallujah would have considered a five foot nothing female next to them in combat a real prizewinning asset, Mr. Vice President.
Biden doubled down on the lunacy when he spoke of leading teams with fundamentally different expectations and norms. What the hell does that mean? These West Point graduates need to know how to put cold steel down range, not worry if they’re being politically correct to some guy in the unit who likes to dress up as Selma Hayek, or worrying about insulting some camel jockey from a Stone Age culture.
With all due respect Mr. Vice President, you are out of your mind.
With all due respect, Mr. Vice President, you wouldn’t know a M-16 from a chocolate cake.
With all due respect, Mr. Vice President, you are participating in the destruction of the US Military.
It gets worse…
The vice president saluted class president Eugene “E.J.” Coleman for publicly coming out as gay.
Before the repeal of the military’s “don’t ask, don’t tell” policy in 2010, “E.J. would have been discharged from the Army, and we would have lost an incredible talent,” he said. “Thanks for your courage, E.J., and I expect we’re going to hear big things from you, pal.”
No doubt the ghosts of Grant, Longstreet, Pickett, Pershing, Leonard Wood, MacArthur, Patton, Bradley, Gavin and Schwarkopf are looking down and saying, Whiskey, Tango, Foxtrot.
Of course the Vice President failed to mention that homosexuals have a higher rate of Aids and therefore pose a greater risk of infecting a soldier, should they need a battlefield blood transfusion.
Of course the Vice President failed to mention that having Liberace as your commanding officer doesn’t exactly create a macho, warrior atmosphere.
Turning the military into a Broadway musical is a real boost for its already plummeting morale.
Biden also warned the graduating class that it’s facing a vast range of complex challenges, including battling Islamic State extremists, containing outbreaks of contagious diseases and defending against cyberattacks.
“Whenever the stakes are highest, we turn to the United States Army,” he said. “Whether it’s fighting terrorism, training our partners, reassuring our allies or providing humanitarian relief, we call on you,” he said. “And right now, the stakes could not be higher.”
Too bad the Army won’t be able to fight its way out of a wet paper bag in the coming future, nor will the Marines for that matter.
Game, set and match bad guys.
How is deliberately weakening yourself making you a better force, Mr. Vice President, because that’s what we’re doing by allowing women to serve in the combat arms and special ops?
That’s like the 1985 Chicago Bears Super Bowl Championship Team saying, “You know what, we’re getting rid of Payton, Suhey, McMahon, Gault, Singletary, Fencik, Wilson and the Fridge so we can draft some 50 round draft choices from Harvard and we’ll fire Ditka and bring in Gerry Faust from ND.
It’s lunacy at the highest levels and the representatives of the US Government and the military can’t accept the truth, or they’re so self-absorbed and bathing in their own narcissism that they wouldn’t recognize the truth if it ran over them in a M-1 tank.
The truth will set you free Mr. Vice President and the truth is we’re going to be planting a lot of young girls and boys across the Potomac River on ground that formerly belonged to General Robert E. Lee before the Yankees confiscated it.
Goodbye Sergeant Stryker, Hello Charles Nelson Reilly.
Hey, ISIS look at us; we’re so trendy: we do yoga for PT, everyone wears Capris in the field, we have organic MRE’s and we’re all gender neutral! We’re the best military the country has ever fielded!
Thank You Obama!
http://usdefensewatch.com/2016/05/the-militarys-social-engineers-are-clueless/