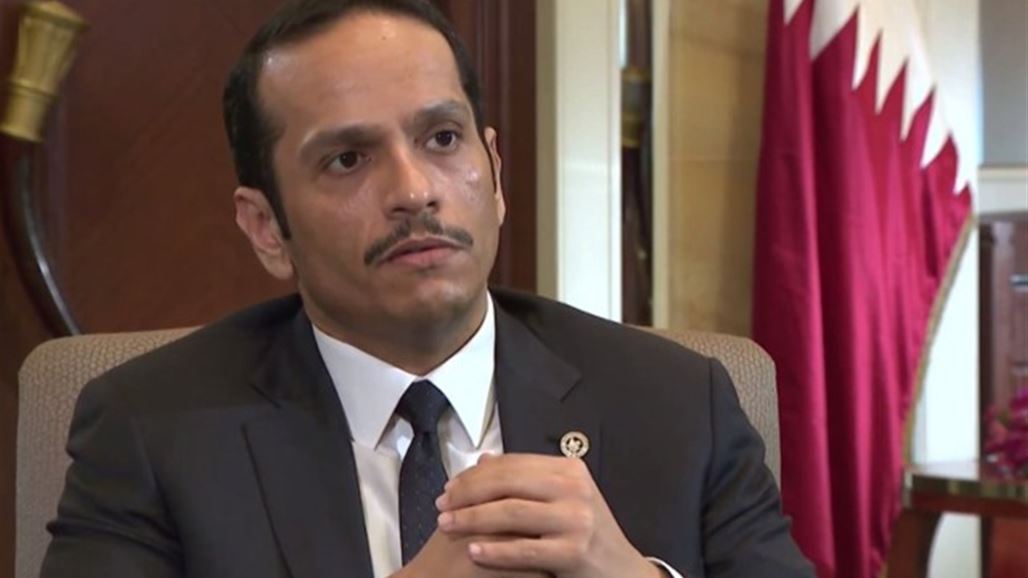 Qatari Foreign Minister Mohammed bin Abdul Rahman al-Thani, the UAE and Saudi Arabia, has confirmed that the two countries are supporting "suspicious" activities in a number of countries aimed at destabilizing the country.

The Qatari minister said in an interview with the American television channel "CNBC" published on Sunday evening that the UAE and Saudi Arabia sponsor a number of suspicious activities in Somalia, Yemen and Libya, aimed at destabilizing the region, as well as cases of repression of activists and human rights violations practiced by the security authorities States of siege against its citizens.
Emir of Qatar Sheikh Tamim bin Hamad Al-Thani and Emir of Kuwait Sabah Al-Ahmad Al-Jaber Al-Sabah in Doha , Qatar, June 7, 2017.

"There is no progress in overcoming the Gulf crisis and breaking the siege of Qatar imposed by Saudi Arabia , Egypt, 2017 ".

"We are not with Saudi Arabia at the moment. They are besieging Qatar on the one hand and continue the war on Yemen without reasons and kidnapped the Lebanese prime minister," the foreign minister said.

"Abu Dhabi supports brutal regimes and coups in Libya, supports instability in Somalia, supports armed factions and divisions in Yemen, so this policy is a destabilizing factor in the region," he said.

Al-Thani said the UAE has recently been active in supporting a number of African and Middle Eastern conflicts. "It has often pursued its agenda behind its Saudi and American allies, has a large military presence in Yemen, trained and supported separatist groups in the war-torn south, With the support of al-Qaeda groups and is heard in Yemen and funded by weapons, ammunition and money. "

The Qatari foreign minister also accused Saudi Arabia and the United Arab Emirates of recruiting hundreds of rebel fighters and members of terrorist groups to fight in the ranks of the Riyadh-led coalition in Yemen.

He also accused the UAE of supporting the conflict in Libya and arming armed groups by air in 2017, as well as supporting elements and militias in the territory of Somaliland to feed the conflict with the Somali government.

The Deputy Foreign Minister Khalid Al-Jarallah stressed yesterday that "Qatar did not burn the boats to return to reconciliation at all, and will not burn, and this was confirmed by the atmosphere of the Riyadh Gulf summit with the participation of Qatar was welcomed by the GCC countries and all suggested positive indicators to contain Future disagreement ".

"Any move to resolve the Gulf crisis must be based on the speech of His Highness the Amir Sheikh Sabah Al-Ahmad Al-Jaber Al-Sabah at the Riyadh summit, which was welcomed and responsive," Al-Jarallah said during his remarks on the sidelines of a ceremony of the Kazakh embassy in Kuwait on the national day of her country.

The Kuwaiti statement comes in response to the Emir of Qatar, who said during his speech at the opening of the 18th Doha Forum in Doha last Saturday that his country's position has not changed from solving the Gulf crisis and not interfering with the internal affairs of the countries. Between the parties no matter how fierce the differences. "

Qatari Foreign Minister Sheikh Mohammed bin Abdulrahman al-Thani said that Doha still relies heavily on the role of Kuwait and other countries in the region to resolve the Gulf crisis.