The Arab-European summit will be held in the Egyptian city of Sharm el-Sheikh on Sunday, to continue for two days, in the presence of several leaders of Arab countries and the old continent.
The Arab-European Conference will be held in the coastal city of Sharm el-Sheikh, under the chairmanship of President of the Republic of Egypt Abdel-Fattah Sisi, and the President of the European Council, Donald Tusk.
The European Union said on the social networking site "Twitter" that the summit between the Arab League and the European Union will bring together "for the first time" heads of state and government from both sides.
The union added that Donald Tusk and Jean-Claude Juncker, president of the European Commission, would formally represent the European Union at the summit.
Yesterday, Romanian President and European Union President Klaus Johannes arrived in Sharm el-Sheikh to participate in the conference.
The Middle East News Agency pointed out that the summit aims at strengthening the Arab-European relations, which will focus on a number of common issues and challenges, the most important of which are multilateralism, trade and investment, migration, security and the situation in the region.
It is scheduled to witness a high-level European presence, with the participation of Federica Mugreni, High Representative for Foreign and Security Policy, Vice-President of the European Commission and several leaders of EU member states.
It is noteworthy that the conference will include 49 countries, including 21 Arab countries and 28 European countries.
http://economy-news.net/content.php?id=15493
rocky

In our stability we invest" ... an unprecedented Arab-European summit in Egypt 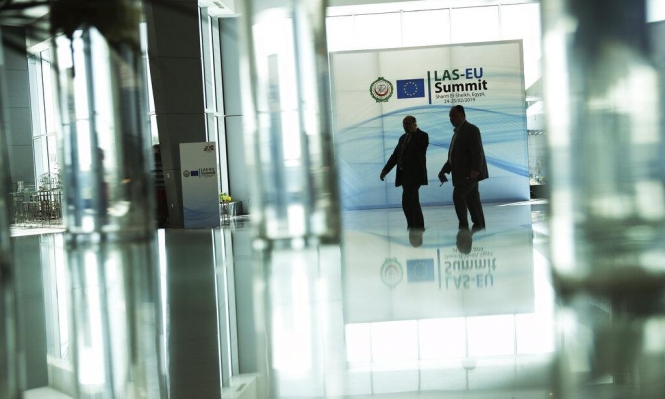 Follow-up - Mawazine News
Sharm El-Sheikh, Egypt's Red Sea coast, will host the summit of "In Our Stability We Invest" in the presence of heads of state and government from 50 Arab and European countries.
The Sharm el-Sheikh summit, which is the first of its kind, addresses a number of strategic issues affecting the stability of the region and the world, including combating terrorism, illegal immigration and crises in the Arab world.
The agenda of the summit was set up by three parties: the League of Arab States, the European Union and the host country Egypt, and many expect to establish a new phase between the Arab countries and the European Union.
The European Union's ambassador to Cairo, Ivan Sorokosh, said the EU attaches great importance to the summit, adding that it is establishing a new phase in the relations between the two sides.
Among the leaders attending the two-day summit are Saudi King Salman bin Abdul Aziz, British Prime Minister Theresa May, German Chancellor Angela Merkel and Egyptian President Abdel Fattah al-Sisi.
EU officials stress the importance of long-term engagement with their neighbors to the south.
A source in the German government said the EU wanted to "show its quest for a stronger global role"


The Egyptian-Arab summit will be held in the Egyptian city of Sharm el-Sheikh on Sunday evening, amid the absence of half of the Arab leaders and the weak representation of a number of European countries and the absence of the French president.
The summit comes amid international and European criticism of Egyptian President Abdel Fattah al-Sisi because of human rights conditions, and a few days after the execution of nine of the opponents of the coup, which was met with the condemnation of international rights widely.
While 11 Arab leaders are taking part in the summit out of 22, 28 European officials are taking part in the meeting between the president, prime minister and foreign minister, while French President Emmanuel Macaron is absent.
The two-day summit will discuss the strengthening of the Arab-European partnership and ways of dealing with global challenges, particularly "terrorism and illegal immigration".
The Egyptian Foreign Ministry said in a statement that the summit will be held under the slogan "Invest in stability and will focus on how to achieve stability in the region, the dangers of terrorism, the Middle East peace process, illegal immigration and the influx of refugees into Europe."
In a statement, the EU outlined the Summit's objectives in several areas, including "strengthening joint relations, promoting cooperation in trade and investment, immigration and security, as well as the situation in the region."

Re: Arab-European summit to start in Sharm el-Sheikh ...