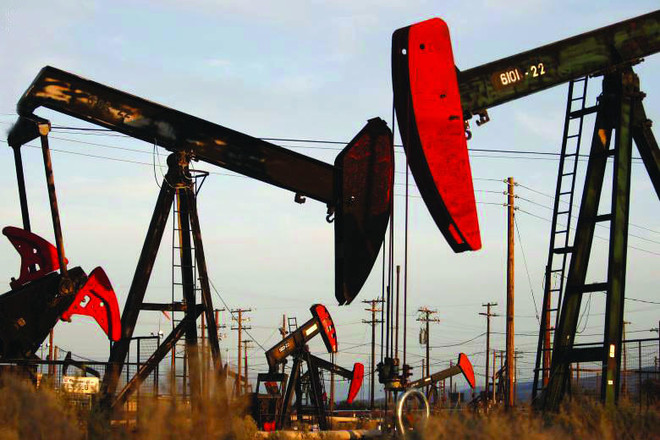 Follow up - Mawazine News
Oil prices rose today, Tuesday, in weak trading ahead of the Christmas holidays, after Russia said that cooperation with "OPEC" on supply cuts will continue, and amid a wave of optimism that the United States and China will sign a trade agreement.
Brent crude futures ended the session up 81 cents, or 1.22%, to settle at $ 67.20 a barrel after a brief session on Christmas Eve.
US crude futures rose 59 cents, or 0.97%, to settle at $ 61.11 a barrel.
On Monday, Russian Energy Minister Alexander Novak said that OPEC and Russia will continue to cooperate as long as it is "effective and achieving results".
OPEC and other producers agreed in November to extend and deepen production restrictions in place since 2017, and a cut in production could displace up to 2.1 million barrels per day from the market, or about 2% of global demand.
But Burner Tonhoven, head of oil market research at Restad Energy, said in a note that, nonetheless, “OPEC” needed to do more to balance the market on a sustainable basis.
The market was supported, today, after US President Donald Trump said that he and Chinese President Xi Jinping will attend the signing ceremony of the first phase of the trade agreement between the two countries.
However, the market faces headwinds from increased supply.
And it might add an agreement signed today between Kuwait and Saudi Arabia regarding the area divided on the borders between the two countries, which will be supplied from crude next year.
The agreement aims to end a conflict that has lasted 5 years between the two members of the Organization of the Petroleum Exporting Countries, and reopen two fields that can produce 500,000 barrels per day, or 0.5% of global supply.
Markets are awaiting the weekly government report on oil stocks in the United States, which was postponed for two days because of Christmas, as it is usually published, on Wednesday.
A preliminary survey conducted by "Reuters" showed that crude stocks in the largest economy in the world are expected to have fallen about 1.8 million barrels, last week, in what will be the second weekly decline.

»  American supply drops in oil prices
» Falling oil due to the high number of rigs in America
» Oil prices are close to stability thanks to US supply
» The decline in oil prices due to the US supply glut
» How are prices determined by supply and demand?