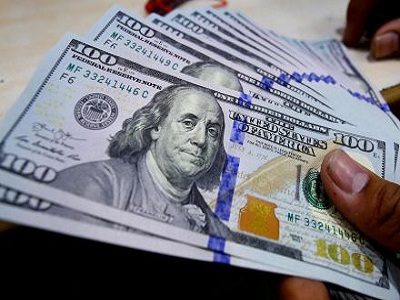 Baghdad - Mawazine News
The US dollar jumped, today, Wednesday, its highest level in several years against a few major currencies, while the outbreak of the Corona virus causes companies and investors to seek safety in the green currency.
The dollar index, which tracks the performance of the greenback versus a basket of 6 major currencies, jumped 2.051% to 101.440, its highest level since April 2017.
The dollar index is heading to record its largest one-day jump since the 24 of June 2016. According to "Reuters".
The spread of the new Corona virus has caused more "closures" around the world, while the number of people living with the virus has exceeded all expectations.
Most countries have taken rapid economic measures to face the repercussions of the Corona virus on various sectors, while the number of people infected with the virus since its appearance last December exceeded 204 thousand people, of whom more than 8 thousand people died, and more than 82 thousand people recovered from them.
The largest part of the infected population is in China (mainland China), which has more than 81,000 people, followed by Italy with more than 31,000 people, Iran with more than 16,000, Spain with more than 11,000 people, in addition to Germany, which In it the number exceeded 9 thousand injuries, and South Korea, which exceeded the number of injured 8 thousand people.
https://www.mawazin.net/Details.aspx?jimare=90918

» Oil jumps to a three-year high as tensions mount in the Middle East
» The dollar jumps to a 5-month high supported by US bond yields
»  The dollar is ending its worst year since 2003, and the currency of Petcavin jumps 1,400 percent in
» Dollar recovery pushing gold down 1 percent from year-on-year high
» The dollar hits a two-year high