Oil up 1 percent after swing on mixed data; U.S. crude at Nov highs

Oil up 1 percent after swing on mixed data; U.S. crude at Nov highs 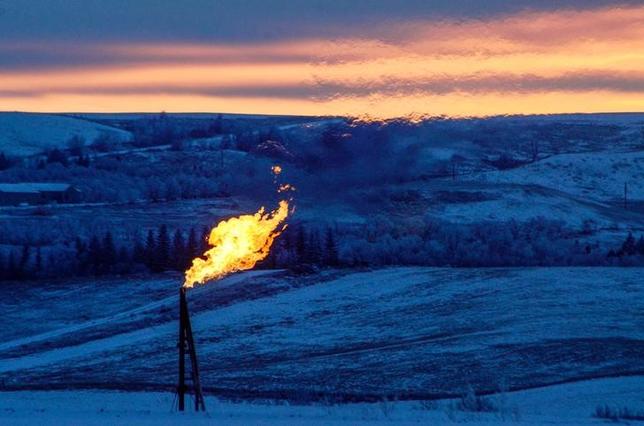 
Oil prices rose 1 percent in volatile trade on Thursday, with U.S. crude hitting six-month highs as investors weighed a forecast for tighter global supplies against signs of another storage build at the hub for U.S. crude futures.

Worries of a major outage in Nigerian crude also boosted the market, some traders said.

"It was a mixed bag, with both longs and shorts trying to defend positions based on the data that appealed most to them. The bulls prevailed," said Phil Flynn, analyst at the Price Futures Group in Chicago.

With that, Brent was on track for a weekly rise of 6 percent and WTI 4 percent, continuing a broad uptrend that has added about $20 to a barrel from lows in January and February.

"But from a longer-term perspective, we still see this market setting up for a hard fall next month" from a potential dollar rally or weak Chinese economic data, he added.

Brent also jumped as the IEA noted a combined decline of 450,000 bpd in Nigerian, Libyan and Venezuelan output from a year ago.

Prices then slid on data from market intelligence firm Genscape that showed a stockpile build of 548,923 barrels at the Cushing, Oklahoma delivery hub for WTI futures during the week to May 10. Cushing is one of the most closely watched datapoints for WTI.

Some traders said a stronger dollar .DXY also pressured oil. The dollar rose about 0.3 percent against a basket of currencies, making greenback-denominated oil more expensive to holders of other currencies.

But oil prices rebounded late and settled up.

Some traders cited reduced production in Nigeria's benchmark Qua Iboe BFO-QUA crude. Nigeria is Africa's largest oil producer and Qua Iboe the largest crude grade, set to account for 317,000 bpd of exports in June. It was not immediately clear by how much of the output was reduced by the pipeline problem.