Donald Trump has done what no other president-elect in history has done before: He has written his first executive order, dated it for the day he is inaugurated and placed it in a folder he carries with him ready to sign as soon as he’s finished taking the oath of office. The text, released just minutes ago, is said to have sent Obama into a little temper tantrum, slamming doors and knocking things off of the Resolute Desk.
After extensive research, Trump’s team figured out that the easiest way to rescind President Obama’s orders. What they’ve discovered is that Obama’s entire eight years can be erased with a single order that reads as follows:

All orders from the executive office dated from January 20th, 2009 through January 19th, 2017 are hereby null and void, regardless and in spite of the consequences or hardships inflicted on the American people.

That’s right, patriots. Whether it be protection of lands from environmental disaster, increases in benefits or salaries for executive branch workers, declarations for disasters and federal funds or amnesty for children who have lived here their whole lives because their parents broke the law and came here illegally, Obama’s entire tenure will just go buh bye.

It’s estimated that millions of people will need to scatter across the country to avoid prosecution for being brown in Trump’s America. Dozens of parks and wetlands will be handed over to ranchers, frackers and oil drillers and countless other who are affected in some way from such a sweeping and, quite frankly, moronic use of the president’s pen and power will struggle to figure out what to do next.
But true Americans, those of us who don’t need anything but our work boots and our red hats will be just fine and that’s all that really matters. Militiamen and patriots across the country will be free from all that government regulation that doesn’t really affect them but really ticks them off as the glorious US of A becomes the great land it once was before colored folk, the gays and women went and ruined it with grandiose ideas about “equality.”
Thank God for Donald Trump.
http://thelastlineofdefense.org/breaking-donald-trump-just-put-his-first-executive-order-in-writing-and-obama-is-furious/ 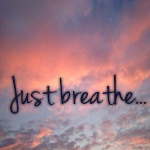 Preacher Man
Getting It Investor

yes virginia there is a santa clause
BILLYB

Yesterday at 10:30 pm by wciappetta