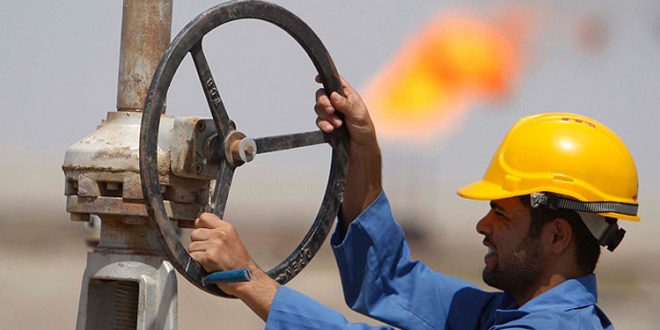 The Organization of the Petroleum Exporting Countries (OPEC) has long been the subject of harsh criticism, most recently US President Donald Trump, accusing it of "stealing the rest of the world" and keeping oil prices artificially high.In the mid-1970s, OPEC was accused of holding the world hostage to it, especially after cutting oil supplies when it tripled in a short period. But there is a question that came up with the meeting of energy ministers in OPEC countries in Vienna a few days ago: Is the organization still really enjoying all this influence?
Production control
OPEC countries want to raise crude oil prices, which fell significantly at the beginning of October, and joined the meeting non-oil producers, especially Russia. It is worth noting that OPEC's main tool is to control production levels, either by reducing them if they want to raise prices or increase them if they want to lower prices, at least to the extent that prices do not collapse. Opec plays a big role in the market, producing more than 40% of the world's crude oil, more than half in the early 1970s, but the current rate still accounts for a large share. But the remaining 60 percent also plays a big role. There are two non-OPEC oil producers that are particularly important for different reasons: Russia and the United States.
Russian influence
Russia contributed to OPEC's current efforts to raise prices. It began in 2016 when the Organization decided to "adjust production" by cutting it by 1.2 million barrels per day. Certainly, non-Opec members have joined Russia in their efforts by pledging to reduce their oil production. Following this, prices rose and the price of Brent crude reached $ 86 a barrel in early October after it was below $ 50 a barrel before the decision. But this does not mean that the decision of OPEC and its partners was the only factor.The political unrest in some OPEC countries such as Venezuela, Libya and Nigeria made it impossible for them to produce the amount of oil they could produce in theory.
Sanctions on Iran
Iran has been hit after the US decision to re-impose sanctions over its nuclear program. Iran's exit from the global oil market has contributed, in whole or in part, to higher prices this year. But some of Iran's biggest customers, such as China, India and Japan, have been temporarily exempted and can continue to buy Iranian oil without being hit by US sanctions as a result. Prices have already fallen as demand for oil from other countries has fallen. This suggests that the rise in prices since late 2016 is due in part to the agreement between OPEC, Russia and others, while OPEC and Saudi Arabia played the key role. According to the International Energy Agency, Saudi Arabia accounts for more than a third of OPEC's production capacity and more than half of its spare capacity.This is an indicator of Saudi Arabia's ability to control oil production.Despite the role of Saudi Arabia (in the organization), it was reluctant to act alone to face price deterioration. So it wanted other Opec countries to make some sacrifices, but they also wanted Russia to participate.
US largest product
There is also a third major player in the global market, the United States, which is currently the largest producer of oil undisputed. The United States monster is completely different from others. Oil (in the United States) is produced by the private sector that makes its decisions based on the principle of profit and loss. The major Russian oil companies are close to the government and the dominant Saudi company, Saudi Aramco, is state-owned. US oil producers do not cooperate with OPEC in controlling prices because that is against US competition law. But something has happened in the United States over the last decade or so that has led to a change in the global industry - the rise of rock oil, where there are two important aspects.
Effect of rock oil
The exploitation of this relatively new type of resource has reduced the long-term decline in US oil production. But they still need to import oil.Less than two years ago, as it could meet two-thirds of its needs, while just over a decade ago it was able to meet a third of its needs. Rock oil can also adapt more quickly to oil market fluctuations. It does not require large-scale investment such as conventional oil. The investor can recover his money more quickly and therefore can increase the production of rock oil more quickly when prices start to improve. Rock oil was one of the reasons for the sharp drop in oil prices after mid-2014. One of the reasons why OPEC did not respond more quickly than it did previously was the desire of some of its members, led by Saudi Arabia, to pressure US oil producers through low prices. OPEC still has considerable influence but is far from fully controlling the global oil market.
In the long run, if global efforts to address climate change require less reliance on oil, OPEC's role will become less important.
http://www.aljournal.com/%D9%85%D9%86-%D9%8A%D8%AA%D8%AD%D9%83%D9%85-%D8%A8%D8%A7%D8%B3%D8%B9%D8%A7%D8%B1-%D8%A7%D9%84%D9%86%D9%81%D8%B7-%D8%A7%D9%84%D8%B9%D8%A7%D9%84%D9%85%D9%8A%D8%A9%D8%9F/

» Jeweler: OPEC controls the global oil market
» Economic parliamentary calls on the government to make the law of controls on prices in markets
» The Region Is Rebellious And The Corruption Of Its Authorities Controls Fuel Prices With The Partici
» Federal integrity controls exaggeration in the prices of basin cars in Nineveh
» Oil prices fall on global markets