The project is Moscow's gateway to Africa ... attracts $ 7 billion in investment and provides 35,000 jobs

Mahmoud Abdo is  a journalist 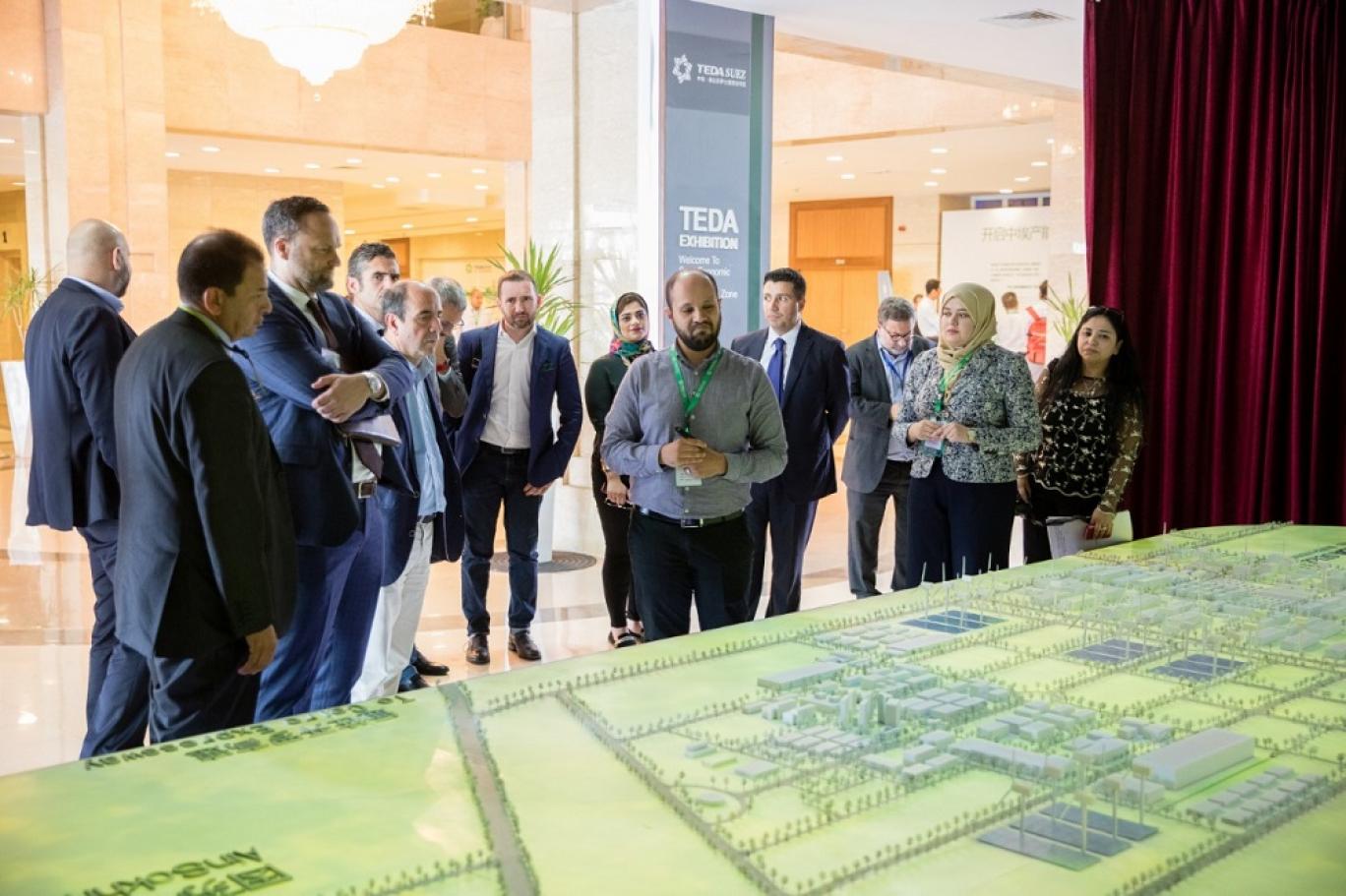 The project will be built on an area of ​​5.25 million square kilometers with investments of up to $ 7 billion (The Independent Arab)

[rtl]The launch of a Russian industrial zone project in the Egyptian Suez Canal topped the agenda of the Egyptian and Russian sides on the sidelines of the economic forum "Russia - Africa" ​​currently held in the Russian city of Sochi on the Black Sea coast.[/rtl]
[rtl]In 2018, Cairo and Moscow signed an agreement to establish a "Russian industrial zone in Egypt", which is planned to extend over an area of ​​5.25 million square kilometers with investments amounting to $ 7 billion, to be implemented in three stages within 13 years since the signing.[/rtl]
[rtl]7 billion dollar investments
, said Amr Nassar, Minister of Commerce and the Egyptian industry, " the project is a real breakthrough for Russian companies to move towards African markets , " noting " the importance of promoting export - oriented projects that are held in this region through Egyptian products Russian joint manufacturing in Egypt can benefit from the exemptions Egyptian customs products enjoyed by African countries under the COMESA Agreement and the AFC FTA.[/rtl]
[rtl]Nassar added, on the sidelines of his participation in the Forum (Russia - Africa), "the region represents an important shift in the course of Egyptian-Russian economic relations, as it will contribute to the promotion of trade, industrial and investment cooperation between the two countries."[/rtl]
[rtl]The project will be built on an area of ​​5.25 million square meters. ".[/rtl]
[rtl]35 thousand jobs
continued, " the region will include the manufacture of competitive products that meet the Egyptian market needs of foreign markets , including high - quality technology products, which will make Egypt the fulcrum for the launch of Russian products to all world markets, especially the Middle East and Africa region."[/rtl]
[size=13]factory (The Independent Arab)

[/size]
[rtl]The Egyptian minister revealed that "26 Russian companies expressed their desire to invest in this region," explaining "the project will provide about 35 thousand direct and indirect jobs."[/rtl]
[rtl]Nassar stressed the possibility of benefiting from the "free trade agreement between Egypt and the countries of the European Union, which includes Russia, Belarus, Kazakhstan, Armenia and Kyrgyzstan to work in the Russian industrial zone in Egypt, as well as benefit from the agreement in free access to the region's exports to their markets."[/rtl]
[rtl]In a matter of months, for
her part, Minister of Planning, Follow-up and Administrative Reform Hala Said, that "the construction of the Russian industrial zone in the Suez Canal will begin within months."[/rtl]
[rtl]She added, on the sidelines of its participation in the economic forum "Russia - Africa", "the region is a gateway for Russian companies to participate, as Russian companies will benefit from preferential trade agreements between Egypt and African countries."[/rtl]
[size][size]
[rtl]read more
[/rtl][/size][/size]

[rtl]Yahya Zaki, head of the Suez Canal Economic Zone, revealed the outlines of the establishment of a huge industrial complex in the Russian industrial zone in East Port Said to be established in the next few months.[/rtl]
[rtl]"The industrial complex will enable Russian exporters and suppliers to set up their own production centers near the promising markets in the Middle East and Africa," he said.[/rtl]
[rtl]He added, "We signed an investment agreement between a Russian company to mobilize and manufacture oils, possibly located in the Russian industrial zone, to establish a project with an estimated investment of $ 300 million, and is intended to export its products to African markets."[/rtl]
[rtl]In a parallel context, the Egyptian Suez Canal Economic Zone received Italian and Chinese delegations.[/rtl]
[rtl]The Chinese delegation discussed the establishment of an iron factory in the Ain Sokhna area on a large area inside the Suez Canal Economic Zone. On the nature of the region and visited a number of projects to determine the readiness of the region to set up the project.[/rtl]

» US takes down websites belonging to Iran-backed groups in Iraq

» Britain is optimistic: The problems between Erbil and Baghdad can be addressed

» Advisor to the Prime Minister: The salaries of employees for the year 2021 are fully insured

» Al-Kazemi: Iraq is keen to build strategic relations with the United Kingdom

» Economist: floating the currency will lead Iraq to 4 negatives at the same time

» Parliamentary Finance: The "White Paper" proposal to replace the currency requires a lot of money]

» Urgent In the document .. Public Prosecution opens an investigation into the currency auction and th

» Representative economy: bank profits from the currency auction are sufficient to support one million

» Al-Faily: We call for an end to the depletion of hard currency in the auction in which hundreds of b

» Representative integrity: Suspicions of corruption behind the difference in the selling price of the

» Luigi found this article of Dinarian interests... We all get paid on the 1st week of Dec.