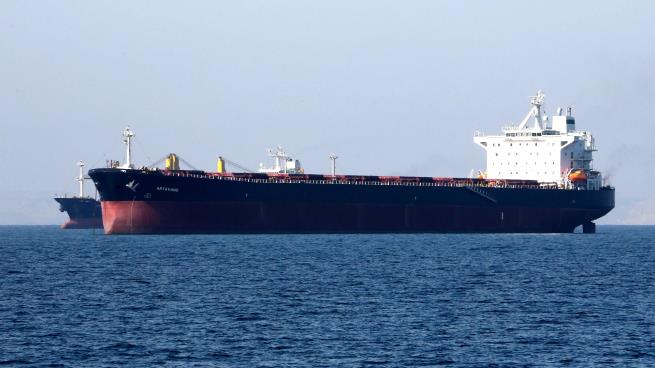 [size][size][url][/url][/size]
[/size]
In November 2018, the United States exempted 8 countries from economic sanctions imposed on Iran for oil imports: China, Japan, India, Italy, Greece, South Korea, Taiwan and Turkey. Iran's top oil importers.
But Donald Trump recently announced that America would not allow exceptions from Thursday (May 2nd), and Iran would not be allowed to export oil. The decision would have different consequences, and the reaction of the oil-importing countries would probably differ.
These countries have been given a price advantage, under the imposition of economic sanctions during the last period, within the framework of Iran's strategy "cheap oil", as well as other economic interests linking these countries to Tehran. The Indian reaction was the quickest among these countries, as New Delhi hoped Washington would allow it to import quantities, even a few, of Iranian oil.
Turkey's foreign minister, Mouloud Gaooshoglu, declared that the US decision had crossed the border, that his country opposed such steps and dictates and had rejected the resolution for some time because the sanctions were unilateral and against the economic interests of his country. To Turkey from countries other than Iran is very expensive, and America knows that, and the oil pipelines stretching between Turkey and Iraq as an alternative damaged by the practices of "urging" and that the repair takes some time.
In view of the Iranian-Turkish relations, trade exchange between the two countries reached $ 9.30 billion in 2018, down from 2017 when the exchange was $ 10.7 billion, according to the Turkish Foreign Ministry, which reported that the trade balance is usually in favor of Iran , Which appeared in 2018 about 4.5 billion dollars.
Turkey's main exports are Iran, transportation, metal products, gold jewelery, textiles, while Turkey imports from Iran oil and natural gas, plastic raw materials, chemicals, metals and iron.
And the activation of US sanctions on Iranian oil, and the cancellation of the exemption granted to Turkey, will affect the nature of economic relations between the two countries negatively, it is not only depends on trade, but there is tourism, and direct investments of Iran in Turkey, and Turkey was hoping to have a position Was introduced in the implementation of infrastructure projects in Iran, with the lifting of sanctions and the opening of investment areas.
Iranian tourists are an important source of Turkey, with 2 million tourists in 2018, and tourism is one of the important sectors on which the Turkish economy relies.
Escalation scenario
The Turkish position expressed by the Foreign Minister, the first scenario scenario, has drawn attention to the crisis, which puts us in the possibility of reconsidering America's economic considerations. Turkey is involved in economic sanctions against Iran.
This is likely to lead to a negative escalation between Turkey and the United States. Trump and his administration have repeatedly threatened to impose economic sanctions on Turkey, due to a dispute over political matters between them, most notably the deal of the Russian defense system S-400.
If the US takes the step, the lira will be the first to be affected, especially since it has suffered a decline in value since early April 2019. It has further weakened its position on the exchange market. The Central Bank of Turkey forecasts that the pound will continue its downward trend to 6.2 lira against the dollar Year.
Here, the measure of economic damage to Turkey will depend on the nature of the sanctions that America might consider. Turkey's economic ties with the European Union, however, could make the US step back from punishing Turkey and make it narrower if it had to.
It is important to remember that the file of the bank manager of the Turkish bank, Mohamed Khakan Atallah, who is still in detention in America, is due to his association with accusing the bank of passing financial deals for Iran, which Ankara denies.
The escalation between Turkey and the US decision to prevent it from importing Iranian oil further complicates the issue of the bank manager, which was believed to be in the process of being resolved, following the settlement of the case of Rev. Andrew Brunson at the end of 2018.
The calm scenario
As is well known, the language of interests governs many political conflicts. There are many differences between America and Turkey, and these differences surfaced on the surface, and intensified during the priest's crisis. The deal of the Russian defense system, which Turkey intends to import, is a stumbling block in the return of US-Turkish relations to what it was before.
Therefore, there is a possibility that Turkey will accept the positive treatment of the American decision and retreat from the import of Iranian oil, if the facilities provided by America and its allies in the region related to oil supplies in terms of quantities and low prices compared to the international market, which is expected to touch the ceiling of $ 80 Per barrel, following the activation of US sanctions on Iranian oil in full. But it would be easy if the rest of the countries that were exempted from these sanctions accept the suspension of the import of Iranian oil and the acquisition of alternatives to compensate for their economic interests.
As mentioned, the Turkish economy, which has an unemployment rate of around 15%, inflation is almost 20%, and a local currency is badly affected by political conflicts, both foreign and domestic. The expected growth rate for 2019 is estimated at 0.6%.
All this could push the Turkish administration to make a balance between gains and losses to spare its economy more difficulties and accept positive engagement with America's decision to prevent the importation of Iranian oil. There are other implications for the Turkish interior, following the results of the unsatisfactory municipal elections of the Justice and Development Party (AKP), and the party is not expected to accept larger bills for entering into regional and international conflicts.
Finally, America's sanctions on Iran's oil may be one of the issues that create a new front against America, as in the case of trade protection.
[size]
The New Arab

» The Sovereignty Alliance Issues Its Statement No. 1: We Will Present A Paper That Outlines The Way F

» Abdullah: Parliament will elect the President of the Republic on the eighth of next month

» Al-Halbousi blesses the formation of the "Sovereignty" coalition: We will work with the nation's par

» Kurdistan Democratic Party: Federal decision will speed up the rest of the legal steps

» The rule of law: We will abide by the decision of the Federal Court, despite the injustice done to u

» Between a rejectionist and a supporter.. the sectarian divisions in the appointment of security lead

» In a phone call, Al-Sadr and Barzani discuss political developments in Iraq