The U.S. and China reached a partial agreement Friday that would broker a truce in the trade war and lay the groundwork for a broader deal that Presidents Donald Trump and Xi Jinping could sign later this year, according to people familiar with the matter.


As part of the deal, China would agree to some agricultural concessions and the U.S. would provide some tariff relief. The pact is tentative and subject to change as Trump prepares to sit down with China’s Vice Premier Liu He later Friday.

The deal under discussion, which is subject to Trump’s approval, would suspend a planned tariff increase for Oct. 15. It also may delay -- or call off -- levies scheduled to take effect in mid-December. Such an agreement would be the first breakthrough in the 18-month trade war that has hurt the economies of both nations.

While the limited agreement may resolve some short-term issues, several of the thorniest disputes remain outstanding. U.S. goals in the trade war center around accusations of intellectual-property theft, forced technology transfer and complaints about Chinese industrial subsidies. The partial deal is not expected to address those items.

Analyst: We may be seeing a de-escalation today (provided by CNBC)

Stocks jumped Friday after the news. Equities had advanced globally earlier in the day amid growing conviction that the U.S. and China would negotiate a trade truce. Trump tweeted earlier Friday that “good things” were happening in the two days of meetings -- and that if the countries did reach an agreement, he would be able to sign it without a lengthy congressional approval process.

On Thursday and earlier Friday, Liu and U.S. Trade Representative Robert Lighthizer held the first senior-level discussions between Washington and Beijing since a previous agreement fell apart in May and tariffs were raised in the months after.

The threat of those import taxes on U.S. consumers, falling around the holiday season, raised the prospect that the U.S. economy would slide toward a recession heading into Trump’s 2020 reelection bid. The American manufacturing industry, which Trump vowed in 2016 to revitalize, is already contracting in part because of the trade war.

Treasury Secretary Mnuchin -- speaking on Friday in Washington at a press conference about Turkish sanctions -- described the two days of U.S.-China talks as “productive.” He didn’t offer specifics about how the negotiations had progressed.

Senator Ronald Wyden, the ranking Democrat on the Finance Committee that has jurisdiction over trade policy, pushed back on Trump’s tweet in a statement Friday to Bloomberg News: “Donald Trump should know that any meaningful trade deal is only legitimate because of the authority granted to him by Congress, and that authority can be taken away,” he said.

Under the U.S. Constitution, Congress holds power over international trade. For decades, it has legally delegated trade-negotiating authority to the executive branch. Lawmakers in recent months have grown increasingly wary of what they see as Trump’s abuse of that authority and discussed ways to claw it back, citing the president’s many unilateral tariff measures and a lack of transparency in negotiations.

May end the war between them .. The United States and China reach partial trade deals

[size=36]May end the war between them .. The United States and China reach partial trade deals[/size] 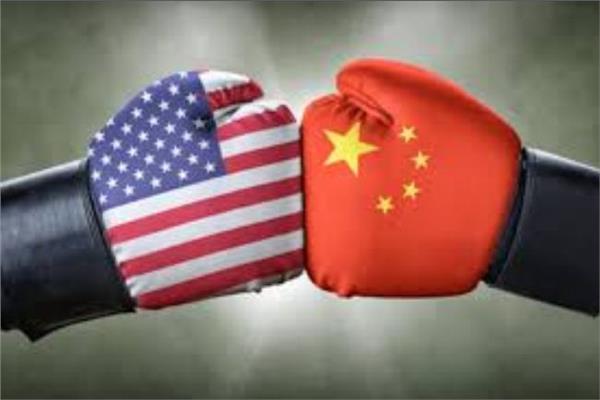 Follow - up to the balance of News
United States and China reached a partial trade deals, could end the trade war between them.
Under the agreement, China will make some concessions in agriculture, while the United States will offer a number of tariff benefits, Bloomberg said, citing sources on Friday.
The round of trade negotiations between the United States and China took place this week on Thursday and Friday.
Earlier, US President Donald Trump said China wanted to reach an agreement, saying negotiations between the two countries were going well.
The negotiations are taking place a few days before the increase in US tariffs on Chinese goods slated for October 15.
The negotiations are led by US Trade Representative Robert Lighthizer, Treasury Secretary Stephen Mnuchin and Chinese Vice Premier Liu Heh.
Against the backdrop of the trade war and after the negotiations suffered a major setback, tensions between Washington and Beijing escalated after China made amendments to a draft agreement and eased its commitments in accordance with US demands for trade reforms.