Daily Telegraph: Aramco's IPO is doomed to failure and its overall assessment is out of reach

Daily Telegraph: Aramco's IPO is doomed to failure and its overall assessment is out of reach

[size=36]Daily Telegraph: Aramco's IPO is doomed to failure and its overall assessment is out of reach[/size] 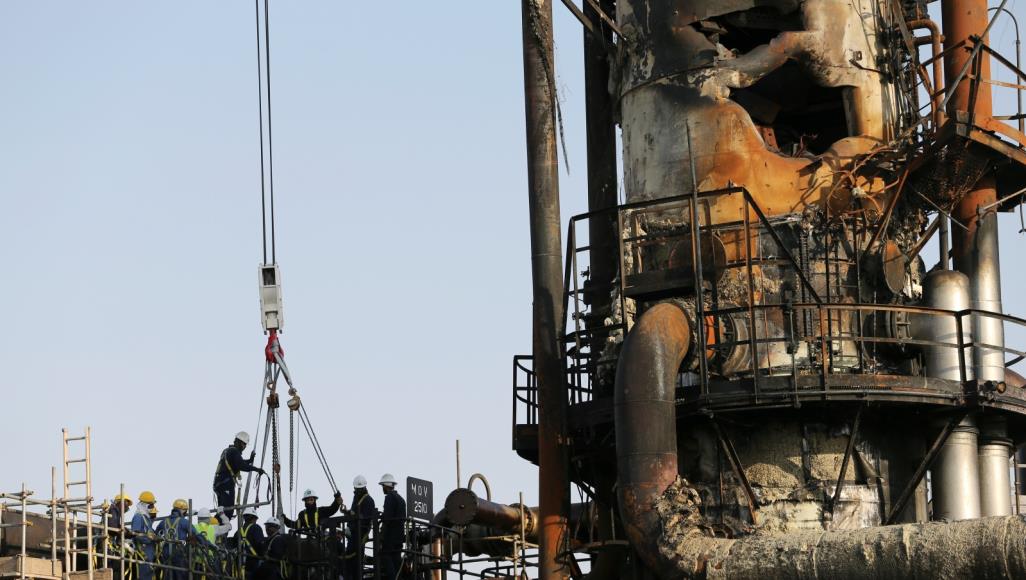 Follow - Mawazine News
Britain's Daily Telegraph says Saudi Aramco's initial public offering is doomed to failure.
Andy Critchlow writes that the $ 2 trillion that Saudi Arabia expects as an assessment of the company's total shares seems out of reach.
He adds that Aramco is seeking to put a percentage of its shares in the local market initially, but its efforts suffered a major blow weeks ago, after its facilities were bombed mid-last month, which stopped the flow of about six million barrels per day of production, or equivalent to 6% of production Daily at the global level.
Saudi Arabia has avoided a sharp rise in fuel prices globally following Aramco's attack, due to its stockpile and rapid response to damage repairs.
Negative impact ,
however , that the owners of Aramco wants to make sure its shares to secure their assets before buying when the shares in the market, been adversely affected significantly.
The writer believes that Aramco is suffering a big dilemma, although it announced two months ago its expected half-year earnings estimated at about $ 50 billion, in an attempt to reassure those wishing to buy its shares.
Insiders told Reuters that Aramco's initial public offering had been delayed so it could reassure investors by presenting its post-attack results.
Aramco has delayed the planned launch of its IPO in the hope that its third-quarter results will boost investor confidence in the oil giant.
IPO
writer refers to it was expected to announce next week , Aramco plans to raise the share ranging between 1 and 2% in the Saudi bourse, or represents one of the largest public offerings worth up to $ 20 billion.
However, the two sources, who spoke on condition of anonymity, said that after the attacks on Aramco that halted half of its crude production, the company wants to reassure investors by presenting its post-attack results.
While one exporter confirmed that no new listing date has been set, the writer adds that the exporters do not know the likely date for the release of Aramco's third-quarter results.
The paper quotes informed sources as saying that it is unlikely that the offering will take place this year in light of the attacks.

Re: Daily Telegraph: Aramco's IPO is doomed to failure and its overall assessment is out of reach

it wont fail.....just like the kuwait bourse it will never fail and be backed by government and oil....