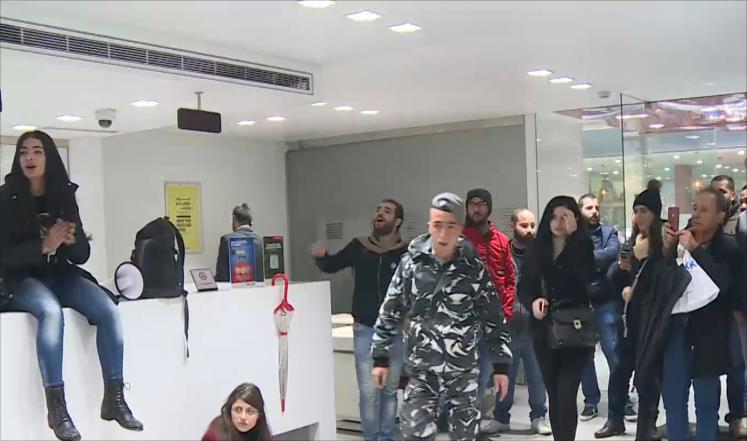 Follow-up - Mawazine News
The Lebanese Middle East Airlines Company, in which the central bank holds the majority of shares, announced that it will start from Monday, only in the US dollar, in light of the economic collapse and the severe liquidity crisis that the country has witnessed for months.
"The Middle East Airlines (Middle East) and airlines operating in Lebanon, starting tomorrow, Monday, will accept payment in US dollars only, for those wishing to travel aboard," the official National Media Agency reported on Sunday.
The statement added that the airlines "will accept all payment cards in addition to the bank checks, provided that the process is in foreign currency," noting that "travelers can pay the overloading fees and the reservation amendment fees in Lebanese pounds" at Rafic Hariri International Airport.
The decision, which was published late yesterday and confirmed by a source from the airline, met with Reuters today, with criticism from the leader of the Free Patriotic Movement, Gibran Bassil, the former foreign minister, who described it as illegal.
Parliament member Fouad Makhzoumi wrote in a tweet on Twitter that the decision would put the Lebanese in house arrest and that it should be canceled, as he put it.
The decision raised the ire of activists on social media, and one of them wrote, "The Middle East belongs to the Lebanese state, (this) is a clear violation of the laws (...) We are not heading towards collapse, we are in the midst of collapse."
Another wrote sarcastically, "For every person calling for a boycott of Middle East, we say we have no dollar to pay," and a young man commented, "The Middle East decision is a continuation of the approach of setting up the dollar of respectable people trapped in banks."
Dozens of citizens gathered Sunday in front of the "Middle East" office at Beirut Airport, the only branch that opens its doors on Sundays, to buy tickets in Lebanese pounds before the new decision comes into effect on Monday, according to local media reports.
On the other hand, local media quoted a statement from the Union of Travel and Tourist Owners' Syndicate, thanking it for managing the Middle East company after its recent decision.
Meanwhile, the Presidency of the Republic said that the country's President, Michel Aoun, requested standardizing the pricing of travel tickets in Lebanese pounds, according to the applicable laws.

Lebanon is suffering from an unprecedented financial crisis that surfaced late last year, with slow financial flows to the country and protests against the ruling elite in the country due to corruption and poor governance. End 29 / p

» Economist: There is no relationship between the devaluation of the dinar and the central bank's rete

» A flagrant imbalance in the balance .. Iraq is “the only absent” from the list of exporters to Iran,

» After the Pentagon's announcement, Shiite faction: We are ready

» Khazali calls on Sistani to intervene: The country's situation is dangerous and accusing the resista

» Iraq sues Iran in the International Court and confirms: Turkey shared the damage with us due to the

» The Iraqi agriculture takes 3 decisions for the winter plan, the most prominent of which is the addi

» Minister of Electricity: 3 years separate us from energy self-sufficiency

» Kurdistan Agriculture: Iran cut off the waters of the Diyala River by 100% and changed its course

» Water Resources: Iran did not abide by international norms and conventions and cut off water complet

» Iranian Customs: Iraq imported more than $6 billion worth of goods in 8 months

» The Ministry of Finance approves the appointment of 1,352 contractors to the Electoral Commission

» The Sadrists are making strides towards the majority..and the losers insist on accusations of forger

» A third strategy for poverty alleviation

» Electricity announces the completion of the electrical connection with Turkey

» Oil rises amid fears of the Omicron

» The rise in the dollar exchange rate in Baghdad

» Al-Rafidain: Launching a new meal from the predecessors of employees, members of the security forces

Yesterday at 6:55 am by Proven

Yesterday at 6:49 am by Proven