The United States records 1,200 deaths from the Corona virus within 24 hours

The United States records 1,200 deaths from the Corona virus within 24 hours 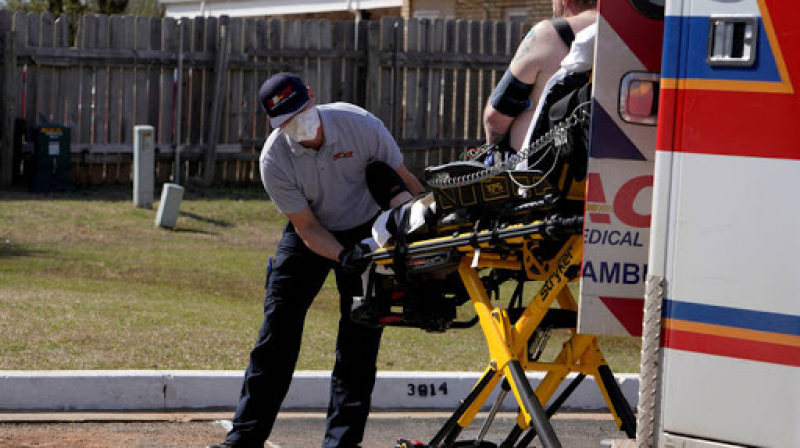 Follow-up - Mawazine News,
The Johns Hopkins University, USA, announced today, Monday, the death of 1,200 people as a result of the emerging corona virus in the United States during the past twenty-four hours.
The university confirmed the country's registration of 337,072 injuries and 9,633 deaths.
US President Donald Trump previously warned that his country was entering a "stage that would be really horrific," with "very bad figures" for the number of casualties.
But Trump returned on Sunday, revealing hopes that the United States would see "stability" in the Corona virus crisis in some of the areas worst hit by the country's outbreak.
"This may be a good sign," Trump told reporters, referring to a decline in deaths in New York State, adding: "We are beginning to see light at the end of the tunnel."
The US President revealed that the most recent data indicates that "what we expected regarding the numbers of deaths from the Corona virus was perhaps the highest estimate."
And New York announced on Sunday, for the first time in a week, that the number of deaths decreased slightly from the previous day, but nevertheless, about 600 new deaths were recorded, and more than 7,300 new cases.
The virus has so far spread to 208 countries, although China is the epicenter of the outbreak, but it has effectively controlled the spread of the disease, and has no longer had any significant infections, and the deaths have not crossed the 3331 infection mark.
While in countries such as: Italy (129 thousand injuries, 15,877 deaths), Spain (130 thousand injuries, 12,418 deaths) several thousand casualties and hundreds of deaths are recorded daily, in addition to hundreds of thousands in about 208 other countries, as the injuries exceeded the barrier of one million and 263 thousand Infection, 260,000 people have recovered from the disease, and deaths have approached 69,000 deaths, according to the World Ometer website, which specializes in HIV infection statistics around the world. End 29 / A 43