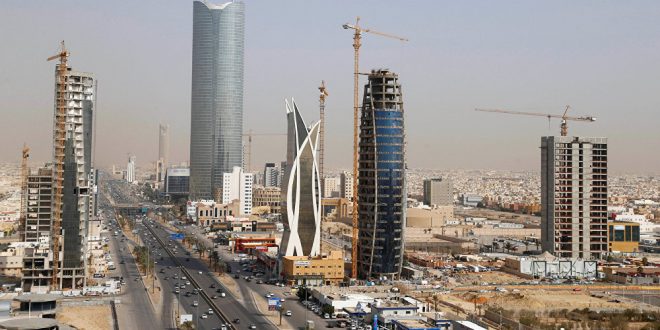 British press reports have revealed what they call "Saudi orders to apply harsh punitive measures against Canada."
The British Financial Times reported that Saudi orders were issued for the sale of assets in Canada amid mounting controversy.
The Saudi Press Agency (SPA) quoted a foreign statement that: "The Kingdom summoned its ambassador in Canada for consultation, and decided to consider the Canadian ambassador as an undesirable person. And he must leave the Kingdom within the next 24 hours. "
"The Kingdom is announcing the freezing of all new trade and investment transactions between the Kingdom and Canada while retaining its right to take other measures," SPA quoted the foreign ministry as saying.
"The Ministry of Foreign Affairs in the Kingdom of Saudi Arabia has been briefed by the Canadian Foreign Minister and the Canadian Embassy in the Kingdom on what they called civil society activists who have been suspended in the Kingdom and urges the authorities in the Kingdom to release them immediately."
The statement added: "To learn Canada and other countries that the Kingdom is keen on the children of others, and therefore the Kingdom announces the recall of the Ambassador of the Custodian of the Two Holy Mosques in Canada for consultation and the Canadian ambassador in Saudi Arabia is not desirable and to leave the Kingdom within the next 24 hours "He said.
"The Saudi central bank and government pension funds have issued clear instructions to Saudi asset managers abroad to dispose of their Canadian shares, bonds and cash holdings, regardless of the cost," the paper quoted two sources with direct knowledge of the orders.
The exporters pointed out that asset managers are responsible for investing more than $ 100 billion in Saudi assets in global markets.
One source said: Although Canadian equity investments are fairly small in absolute terms, selling these assets would be a strong message from Saudi Arabia.
The Financial Times said the sale had begun since last Tuesday, describing it as an attempt by the kingdom to "review its financial and political power to warn the Ugandan forces against any interference in its sovereign affairs."
One of the bankers described the measures as "very harsh".
In response to these reports, the official press office of the Saudi government responded officially.
"Neither the government nor the central bank nor the government pension fund issued any instructions regarding the sale of Saudi assets in Canada.
However, the British newspaper also quoted a government representative as saying: "Saudi shares in Canada, were actually sold, on instructions from Riyadh."
The Saudi Arabian Monetary Agency (SAMA) has $ 506 billion worth of foreign assets, according to the latest July statistics, most of which are invested in US Treasury bonds. The pension funds, such as the General Organization for Social Insurance and the General Retirement Agency, .
The Saudi Arabian sovereign wealth fund, Sovereign Wealth Fund, has assets worth $ 250 billion, including shares in global companies such as Tesla and Uber, as well as local assets.
The newspaper warned that the decision of Riyadh to sell assets in Canada, would further undermine the confidence of investors in business in the Kingdom.
"Such measures will not guarantee the stability of business in the Kingdom," the paper quoted a senior investor in emerging markets as saying.
http://www.aljournal.com/%D8%A3%D9%88%D8%A7%D9%85%D8%B1-%D8%B3%D8%B9%D9%88%D8%AF%D9%8A%D8%A9-%D8%A8%D9%80%D8%A5%D8%AC%D8%B1%D8%A7%D8%A1%D8%A7%D8%AA-%D9%82%D8%A7%D8%B3%D9%8A%D8%A9-%D8%B6%D8%AF-%D9%83%D9%86%D8%AF%D8%A7/

» Tomorrow ... the launch of the Fifth Iraq Oil and Gas Conference

» Deputy: The Borrowing Law Included Imaginary Numbers And Devoid Of The Principle Of Rationalizing Sp

» Deputy: Parliament Will Not Pass A Borrowing Bill In The Amount Of 41 Trillion Dinars

» Advisor: The Government's Request To Borrow Is Due To The Expansion Of Salaries And Wages

» Representative Finance: The central bank must announce the bills of selling the dollar, otherwise it

» Al-Maamouri: There is no financial crisis, but rather corruption and mismanagement

» Iraq gets OPEC approval to extend the reduction period

» Al-Sadr refers to infiltrators supported from outside: The government must open roads and establish

» Deputy: The ball is in the court of the government and the commission regarding early elections

» Barzani: The international community should cooperate to find a mechanism to compensate the victims

» Sumo: Iraq entered the second phase of the reduction two months ago by cutting 18%

»  Representative Economist: The government's reliance on the borrowing law regarding salaries is surp

»  Work is seeking to increase pensions in the security law