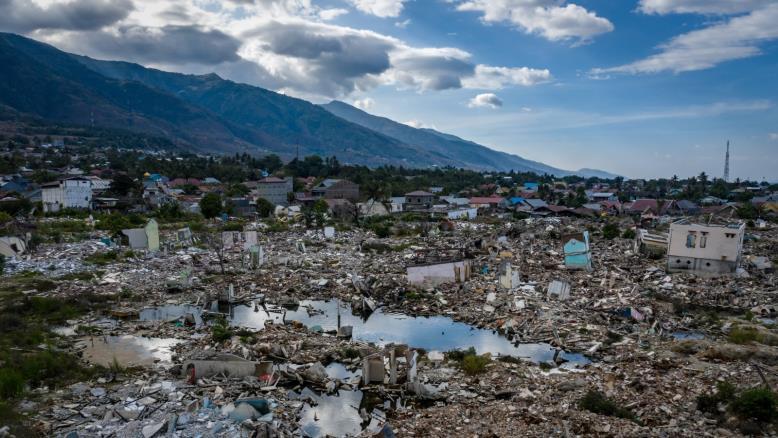 Follow-up - Mawazine News
Trillions of dollars of market value are likely to fade due to climate change.
In his article published by the American "Oil Price", Nick Cunningham said that there are many reasons that have contributed to the damage of the global economy, and the material damage caused by natural disasters is increasing.
According to insurance company AOON, 2017 and 2018 were among the years in which the world suffered a lot of economic losses from natural disasters.
The real estate market along the coasts will see massive material damage, as it will know a deep repricing process as the threat to it grows.
This is due to a variety of mechanisms that contribute to deepening the real estate market crisis, such as the movement of people from those areas, the restrictions that will be imposed by building division laws, as well as the withdrawal of insurance companies and the support it provides, and the withdrawal of investors to capital.
Climate change impacts The
Center for American Progress - in a report issued in November - stated that if sea level were to rise by six feet by 2100, American homes valued at nearly nine hundred billion dollars would be submerged underwater. But countries will surely make determined efforts to address the climate change dilemma that could bring about many changes in the value of assets.
A new report on the principles of responsible investment concluded that the constraints imposed by climate policies will result in the loss of the fossil fuel group of approximately $ 2.3 trillion.
It is noteworthy that the principles of responsible investment are an international network of investors with assets of $ 86 trillion under their management.
Industrial companies note that as long as there is demand, they will continue to meet this demand, but as the effects of climate change worsen, the likelihood of policy change will increase dramatically.
At present, the world is moving towards a 3 ° C rise in temperature at the end of the century, which is twice the rate that scientists and governments aim.
Last month, Fiona Reynolds, executive director of the Responsible Investment Principles Network, wrote that it is highly unlikely that governments will be allowed to let the world slip to 2.7 ° C without being forced to act as quickly as possible.