[size=30]Frank, Delta and KTFA Members articles with links Saturday 2-22-2020[/size]
KTFA:
DELTA:  Al Hareth Al For Money Transfer
You can issue the electronic payment card MasterKCard through al-Harith Arabia For Financial Transfer Company of Rafidain Bank and at a price of only 25,000 dinars issued the card in dinar currency and the validity of the card is 3 years.
Card features: -
- Contains a pin number
- Works on ATMs /ATM (mastercard marked)
- Works on pos/POS (MasterCard-branded) purchase device
- You can buy
- Book airline tickets
- Hotel reservations
- Buy software
- Buy electronic games
- Restaurant reservations
- Works on Amazon WEBSITE
- Refillable through Al-Harith Arabia Financial Transfer Company
- The ability to know your card balance via the Key Services app on the Apple Store and Google Play 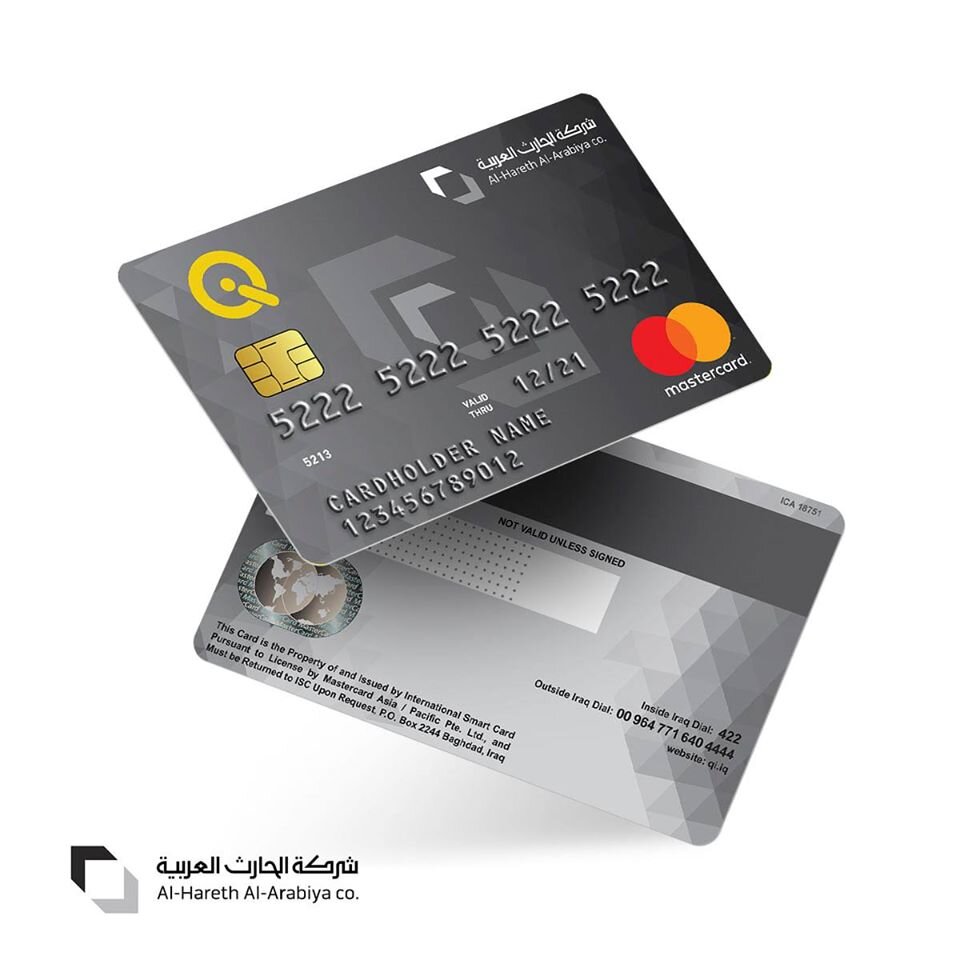 In a statement, Mawazine News received a copy of it, the commission stated that it “issued the first amendment to the controls for declaring the money when it was entered and removed across the Iraqi borders No. (1) for the year 2017 issued by the Money Laundering and Terrorist Financing Office, which includes the following:

C - The customs authorities have the power to search people and inspect their luggage to verify the authenticity of the information declared upon investigation or suspicion of obtaining a false statement or a case of refraining from the declaration or in case of suspicion that the funds being transferred It is illegal money The following is added to the controls and paragraph (8) for it:

(8) The amounts permitted to be entered or removed from and to the territory of the Republic of Iraq include the following: -

A - Amounts below (10,000) (ten thousand US dollars) or its equivalent in other currencies without declaring them.

B - Amounts exceeding (10,000) (ten thousand US dollars) to (20000) (twenty thousand US dollars) provided that they are declared with the necessity of showing them in support of the purpose of entering or removing these sums and in the event that the supporting documents are not available, the traveler makes a pledge By bringing those documents after (20) days from the date of the permit.

A- It is forbidden to enter or remove amounts in excess of (20,000) (twenty thousand US dollars) or its equivalent in other currencies, and the process of entering or removing these amounts through financial institutions is exclusively.

D- It is forbidden to enter or remove amounts in excess of (..., ... 1) (one million Iraqi dinars) even if it is declared and the amount is seized and legal measures are taken against it.

The Customs Authority pointed out, "The amendment entered into force on 19/2/2020 at border crossings."   LINK
************
Samson:  Tehran: The “FATF” decision does not affect foreign trade and the exchange rate
10:39 - 02/22/2020
The Governor of the Central Bank of Iran, Abdel Nasser Hamti, announced on Saturday that the decision of the International Financial Action Working Group (FATF) to re-include Iran in the so-called black list will not affect the foreign trade and exchange rate in the country.
"Fares" quoted Hamati as saying, "The hostility of America and the Israeli occupation entity has again appeared against the Iranian people by opposing the experts of the International Financial Action Group regarding the steps taken by Iran towards combating terrorist financing and money laundering, while all the group's data shows that Tehran has taken steps Important in this regard.”
He added that "this political and unprofessional behavior began since the summer of 2016, sometimes through non-professional excuses by representatives of America and its allies in the" FATF "group, and at other times through attempts to interfere with the experts' reports."
He pointed out that "Iran, as is well known to the people, was able, despite the period of unjust embargoes and extreme pressure policies against the monetary and financial system, to find monetary and financial ties with the world that are not banable, outside the framework of the International Financial Workers' Group (FATF). American".
He stressed that "the Central Bank, in cooperation with all economic sectors, will continue its path in meeting the country's commercial needs without tiring."   LINK

Samson:  The Russian government announces a new record of its precious metal safes
15:41 - 02/22/2020
The Russian Central Bank announced that the Russian government continues to fill its coffers with precious metal, despite the high price of gold in global markets.
According to data issued by the Russian Central, the state’s total gold reserves on February 1, amounted to about 73.2 million ounces (about 2277 tons), and is worth about $ 116 billion, as the Russian government added 7 tons of precious metal to its reserves during Last January.
The increase in gold stocks comes in light of the rise in the prices of the precious metal to the highest level in 7 years, due to the appetite of traders to invest in traditional safe havens, amid the spread of the Corona virus.
The bank added that the dollar’s share of Russian reserves decreased from 43.7% to 23.6% during 2018-2019, in order to increase the share of gold and other currencies, in a sign of the government’s endeavor to reshape its international reserves.    LINK
**************[/size]

» Comment from Al-Kazemi's advisor on the recent central bank moves

» FOREIGN MINISTER: IRAQ IS NOT A BACK GARDEN FOR ANY COUNTRY

» An oil company talks about reducing gas flaring by 80%

» Iraq's foreign debt has decreased by 25% during the current year.. Iraq has paid about 11.5 billion

» Parliamentary Finance: Investment allocations in the budget are "shy and helpless"

» For the fifth day in a row, oil prices rise amid supply restrictions

» Former deputy: Parliament presidency is the worst since 2003

» Iraq closes one of its ports to the entry of Iranians

»  Hamid Al-Ghazi: The government has started preparing the 2022 budget

» Release the salaries of retired workers guaranteed with a bonus

» For the third day, the dollar exchange rates fell in the local markets

» 6 billion dollars.. Oil announces oil revenues for the past month

» For the year 2021..disclosure of the size of Iraq's foreign debt

» Sarout: The amnesty for the thieves of the smuggled money is not activated, and the parliament's wor

» Adviser to the Prime Minister: Electricity in Iraq has drained more than 120 billion dollars and is