SHE MAY NOT LIVE VERY LONG FOR WRITING THIS - Saudi Muslim: Imagine Christians shooting at us

Cites 'implications of some of our extremist curricula, education, regimes' 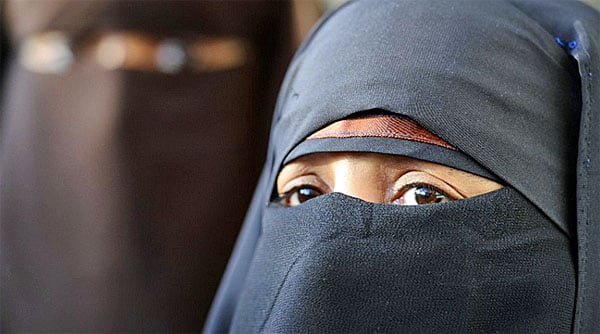 A Saudi Muslim has written an article urging members of her faith to reject the violence that has been carried out in the name of Islam.

“Imagine a Western youth coming here and carrying out a suicide mission in one of our public squares in the name of the Cross,” wrote Nadine Al-Budair, a Saudi journalist who lives in Qatar.
“Imagine that two skyscrapers had collapsed in some Arab capital, and that an extremist Christian group, donning millennium-old garb, had emerged to take responsibility for the event, while stressing its determination to revive Christian teachings or some Christian rulings, according to its understanding, to live like in the time [of Jesus] and his disciples, and to implement certain edicts of Christian scholars.”
She wrote the article for the Kuwaiti daily Al-Rai, according to the Middle East Media Research Institute, which monitors Middle East media.
“Imagine hearing the voices of monks and priests from churches and prayer houses i and out of the Arab world, screaming on loudspeakers and leveling accusations against Muslims, calling them infidels, and chantinng: ‘God, eliminate the Muslims and defeat them all,'” she wrote. “Imagine that we had provided an endless number of foreign groups with visas, ID cards, citizenships, proper jobs, free education, free modern health care, Social Security, and so on, and later a member of one of these groups came out, consumed by hatred and bloodlust, and killed our sons on our streets, in our buildings, in our newspaper [offices], in our mosques and in our schools.”
Budair recalled al-Qaida’s abduction and beheading in 2004 in Saudi Arabia of American engineer Paul Marshall Johnson. His severed head was found in a Riyadh apartment’s ice box weeks later.
“Imagine a Frenchmen or a German in Paris or Berlin leading his Muslim neighbor [somewhere] in order to slaughter him and then freeze his head in an ice box, in a cold and calculating manner … as one terrorist did with the head of an American in Riyadh years ago,” she wrote. “Imagine that we visited their country as tourists and they shot at us, blew up car bombs near us, and announced their opposition to our presence [there] by chanting: ‘Remove the Muslims from the land of culture.'”
She pointed out that Muslims have been in Western nations “for years without any fear or worry” and the doors are open to Muslim tourists, immigrants, students and job seekers.
She even chastised Muslims for criticizing GOP presidential front-runner Donald Trump’s call for a temporary halt to Muslim immigration.
“It is strange that we [Muslims] believe we have the right to condemn such statements rather than address the implications of some of our extremist curricula, our education, and our regimes, and be ashamed [of them]. … It is strange that we condemn [the West] instead of addressing what is happening in our midst – the extremist ways in which we interpret the Shariah and our reactionary attitudes toward each other and the world. It is strange that we condemn instead of apologizing to the world,” she said.
What would Muslims think, she asked, if a European blew up a theater in the Middle East?
“Imagine being in Amsterdam, London, or New York and knowing that students [there] learn as part of their curricula that you are an infidel, and that killing you is jihad that leads to the virgins of paradise. Would you extend your stay there to the end of the summer, or stay away? [Would you] blow yourself up [as the Muslim terrorists do], or would you do less than that: [Merely] conquer your rage and demand to ban Christians from entering Arab countries. What would you do?”

» Muslim accused of beheading 2 Christians in U.S.
» Nine of the ten most dangerous countries in the world for Christians are Muslim
» "Wake Up!": Muslim Persecution of Christians, July 2015
» Obama, Clinton and Sanders Shooting Targets for Sale at ‘Muslim-Free’ Gun Store
» Berlin, Germany: “I Am Muslim What Are You?” Muslims Beat Christians for Christmas Fun