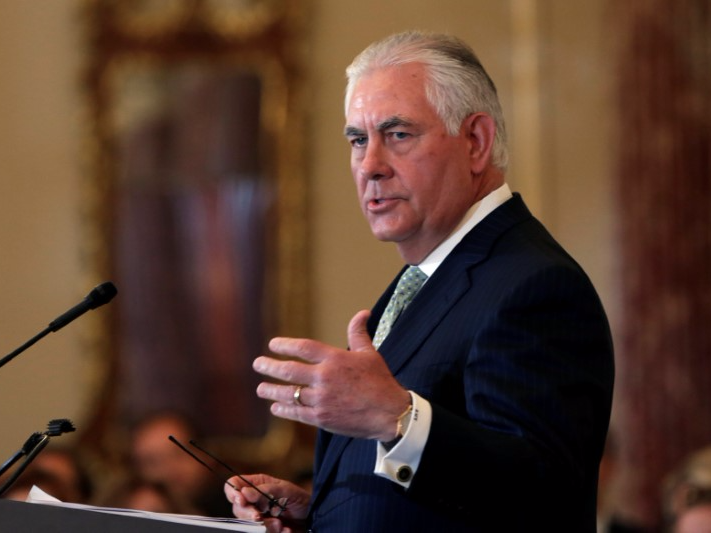 Secretary of State Rex Tillerson. Thomson Reuters
Heather Nauert, a State Department spokeswoman, surprised reporters on Tuesday by saying Secretary of State Rex Tillerson was "taking a little time off."
When asked about the discrepancies between Tillerson's public schedule and his reported movements, and why the department hadn't updated the press on his whereabouts, Nauert said Tillerson "does have the ability to go away for a few days on his own."
"Just taking a little time off," Nauert said of Tillerson's unannounced absence. "He's got a lot of work. He just came back from that mega-trip overseas, as you all well know — many of you were over there with the G-20."
Asked why she didn't just say Tillerson was on vacation, Nauert said she didn't know the standard protocol for listing private days. She said Matt Lee, a diplomacy writer for The Associated Press, would probably know.
Nahal Toosi, a foreign-affairs correspondent at Politico, later tweeted that Tillerson had "GTT — Gone to Texas," adding that he was "fine and he's working 20 hour days, but just not in DC."
Tillerson's absence comes amid reports that he's considering leaving the State Department.
http://www.businessinsider.com/state-department-says-tillerson-is-taking-a-little-time-off-2017-7