Washington tends to extend the license to "Huawei" 90 days

Washington tends to extend the license to "Huawei" 90 days 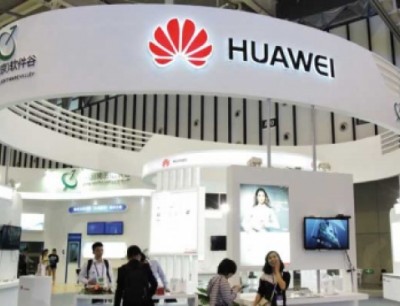 Follow - up to the balance of News
Informed sources predicted that the renewal of the US Department of Commerce license granted to China Telecom "Huawei", for 90 days to allow them to buy components from US companies.
Washington tends to extend the license to Washington deprive Chinese companies, including "Huawei" of government contracts
and the Ministry of Commerce late on Friday declined to comment on the remarks of Commerce Minister Wilbur Ross on CNBC, which recently said that "the current licenses are valid until today Monday".
Asked if the license would be extended, Ross replied: "On Monday I will be happy to update you."
According to "Reuters" will be extended "provisional public license"
The US license has become a major bargaining chip for the United States in its trade negotiations with China, making the current situation between Washington and Beijing less flexible, but the temporary Huawei licensing decision before Monday could change the situation, the sources said.
In May, the US Commerce Department blacklisted Huawei and banned it from buying components and technologies from US manufacturers.
US President Donald Trump and Chinese President Xi Jinping are expected to discuss the Huawei issue in a phone call this weekend.

Reuters: America will give Huawei another 90 days to buy from US suppliers

Reuters: America will give Huawei another 90 days to buy from US suppliers


The US Commerce Department is expected to extend a deadline to allow Huawei Technologies to buy from US suppliers so it can serve its existing customers, two sources familiar with the matter said.
The "temporary general license" will be extended to Huawei for 90 days, the sources said.
The US Commerce Department initially allowed Huawei to buy some US-made goods in May, shortly after the company was blacklisted to minimize the impact on its customers, many of whom operate networks in the countryside.
The extension will renew an agreement due to expire on August 19 to allow Huawei to retain existing telecommunications networks and provide software updates for Huawei mobile phones.
One source said US President Donald Trump is expected to speak with his Chinese counterpart Xi Jinping over the weekend.
Huawei has yet to comment, and the Chinese Foreign Ministry has yet to respond to a faxed request.
But Huawei is still prohibited from buying US parts and components to manufacture new products, without additional special permits.
The Commerce Department declined to comment on Friday on CNBC's remarks by Secretary of State Wilbur Ross that the existing permits were valid until Monday.
Asked if it would be extended, Ross said: "I will be happy to update you on Monday."
http://economy-news.net/content.php?id=17478

» America extends the license to Huawei to work with American companies
»  Huawei launches counter-attack and sued Washington
» After the "British slap" .. China reveals Washington's goal of the Huawei crisis
» Compulsory license for 15 days for employees of the Interior provided jurisdiction inside Iraq
» Deputy: Parliament will extend the legislative term of 10 days