Agency: North Korean leader appears publicly for the first time after speculation about his deterior

Agency: North Korean leader appears publicly for the first time after speculation about his deterior

[size=36]Agency: North Korean leader appears publicly for the first time after speculation about his deteriorating health[/size] 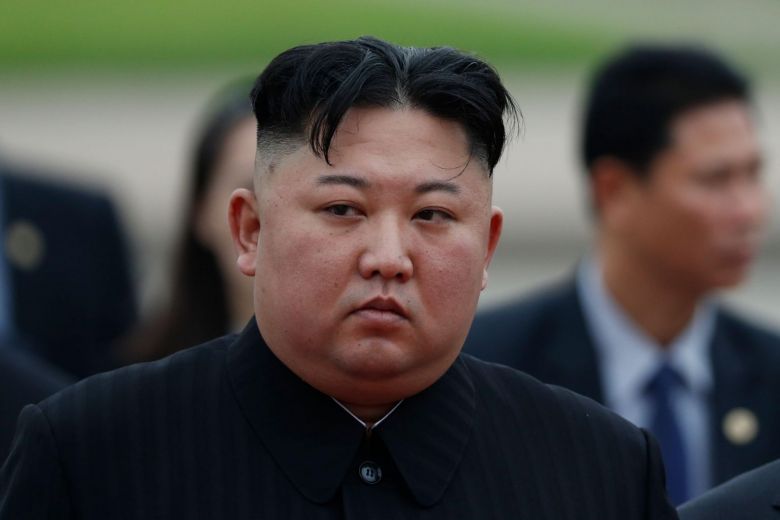 Follow-up - Mawazine News
, official media reported today, Saturday, that North Korean leader Kim Jong Un appeared in public for the first time in 20 days, after speculation about the deterioration of his health.
South Korea's Yonhap news agency quoted North Korea's official Central News Agency as saying that Kim Jong-un participated in the closing ceremony of construction of a fertilizer production plant in the North North area of ​​Pyongyang, in the first report on his public activity since April 11.
"The respected Supreme President Kim Jong Un personally cut the tape, which symbolized the end of construction work," the agency said.
The North Korean leader has not appeared in public since April 12. After his absence on April 15, from his grandfather's memorial service, Kim Il Sung, the founder of North Korea, speculation arose about the health of the North Korean leader.
The Daily NK website had previously reported that Kim, 36, was hospitalized on April 12 hours before he was subjected to a cardiovascular medical procedure.
The site added that Kim's health had deteriorated since August, due to heavy smoking, obesity and overwork, and that he was currently receiving treatment at a resort villa in the north of the capital, Pyongyang.
The CNN channel, quoting an American official, previously said that the United States "is following information that Kim is in serious danger after undergoing surgery."
Later, Yonhap news agency, quoting sources in the South Korean government, said that the reports that the President of the North Korea suffers from serious health problems are inconsistent with the reality. Ended 29 / A 43